Why I visit Florida in February 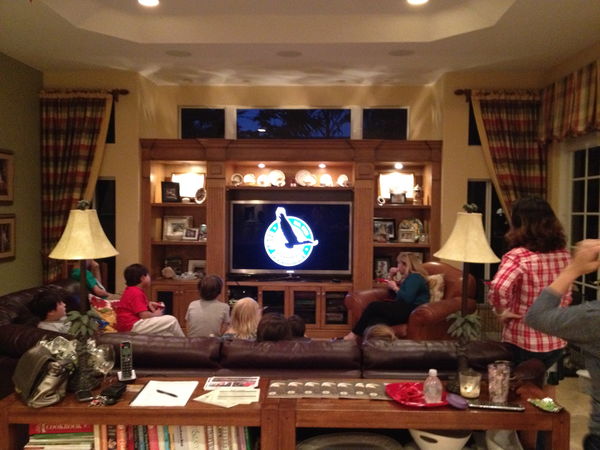 A couple weeks ago, I was able to go down to Florida and visit Rockmont families and their friends. A few days before I left Rockmont, it had been in the 30’s, with snow flurries. As I drove down south, the temperatures rose. The weather was great all week, but not as much fun as seeing all the campers and sharing the mission of Rockmont!

I began in Orlando, at the home of the Paris family. They have been a part of the Rockmont tradition for several years with both of their sons, and are wonderful about sharing the story with their friends. We met their friends, and people were very enthusiastic, especially about Father/Son weekend!

Next up was Gainesville, where I was able to spend the day interviewing potential staff, share a meal with them, and catch up with veteran (and returning) staff members Mark Ragland and Christian D’Allessandro!

I headed on to St Petersburg, and had a great showing at the Jenkins home. We had a great turnout, everyone asked great questions and was excited about the impact Rockmont had on people’s lives. And the blob, of course!

Finally, I cruised along Alligator Alley to Miami, and had lunch with an old friend and fellow CIT, Matt Weeks! We had some authentic cuban food, caught up, but then it was further down the coast to home of the Kleber family.

We had several families attend the show, and the boys were all over the place with questions and shouts of excitement! The only time they settled down was when the movie came on the screen. Check out this captive audience!

We ended the night with grilling burgers and s’mores – what could be better for a camp night? I enjoyed being at the Kleber’s home. We had not been in Miami for a few years, and it was great to make it that far south!

The travel schedule is winding down for us, but that only means summer is coming soon! We’re busy hiring counselors, cleaning skill sites, and checking out the cabins. Rockmont will be all ready for the Father/Son groups starting May 17th. See you then!