What Happens When it Rains at Camp? 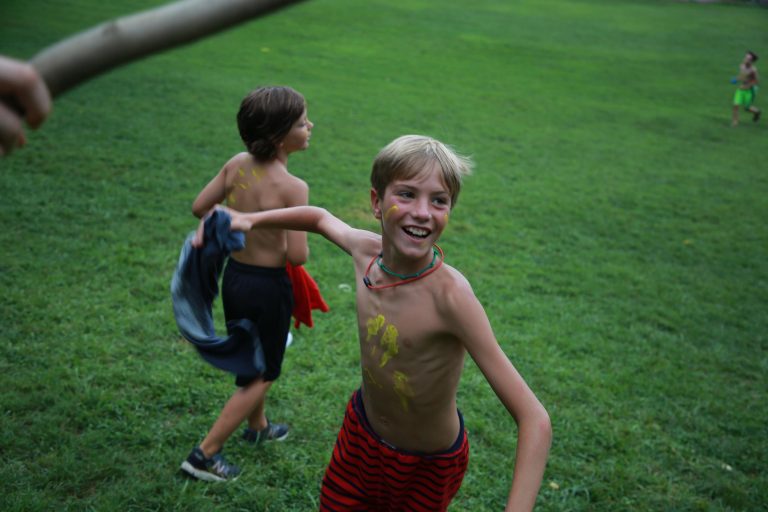 This morning at breakfast, I asked Henry from cabin one,

“What do we do when it rains at camp?”

He looked up at me with a big smile and said, “We get wet!”

It’s an old adage here at Rockmont when it rains we get wet, but it doesn’t slow down our fun. In fact it multiples it, a simple game of Thunderball becomes Mudderball, where the boys are sloshing around in the mud diving and dodging the ball. Shirt-tail-tag games become that much more epic. The intensity of camp seems to dial up on these rainy days.

Bear camp had their own epic game this morning during tribal activities, Lion King. The entire camp found themselves in the climactic battle over pride rock. The boys splashed through lower camp on a quest for Powerballs to return them to the opposing side’s territory.

Hickory campers were on the lower field playing through a rotation of camp favorites like Volleyball, Football, and Thunderball. Each game became even much more intense as the rain fell.

Hemlocks went to Inspiration Point this morning to play Braveheart. Each team had to prove their metal by hiding and defending their flag as the other teams rushed to the top on the hill in search. As the rain fell, campers with red face paint came sprinting up the hill as those covered in blue paint shouted back a loud cry of “freedom” as they prepared to defend their hidden flag.

Poplars returned from their cabin campouts this morning to immediately plug into cabin activities. I stopped a group from cabin 32 right before free swim to find out what they did. They told me about playing disc golf at hole four, which had turned into a large puddle. After they threw their discs, they had to wade in the puddle to finish the hole.

You could see the joy on their faces as they explained this latest round of disc golf to me covered in mud from head to toe.

Although the Sycamores weren’t outside in the rain, it didn’t reduce the ferocity of their dodgeball tournament. Cabin was pitted against cabin in a no-holds-barred double elimination tournament.

This afternoon our Deer Camp rafters hit the Pigeon River in eastern Tennessee. With all the rain, the river was moving at a rapid pace. The boys had to skillfully maneuver their rafts following the instructions of their guides. Smiles were easily seen as rafts were pounded by class 3 and 4 rapids.

Back at camp, the Buckeyes had a talent show, and the Birches battled in another shirt tail tag game. Deer Camp spent the afternoon on the waterfront, and Mountain Camp engaged in a herculean game of Avengers. 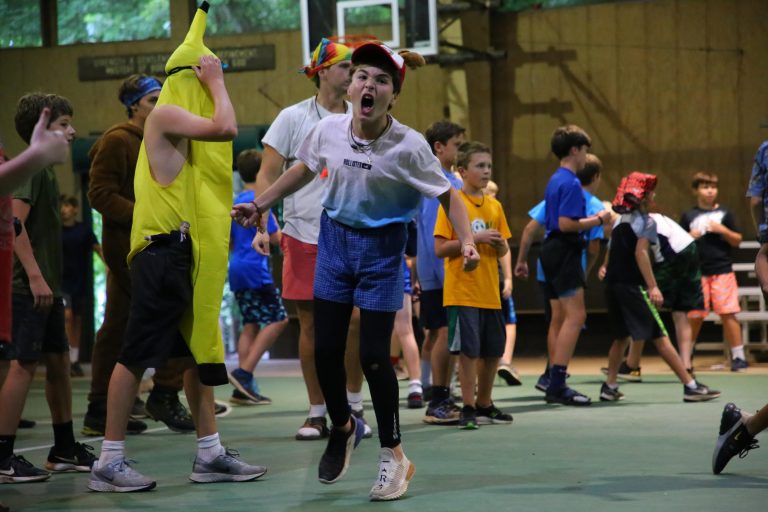 Tonight the buckeyes are having night swim, while the birches are having a lodge block party! Deer camp is engaging in a fierce game of Battleball in the gym. Our oldest campers in Mountain Camp are tirelessly searching for two missing pilots and a black box as they play behind enemy lines. 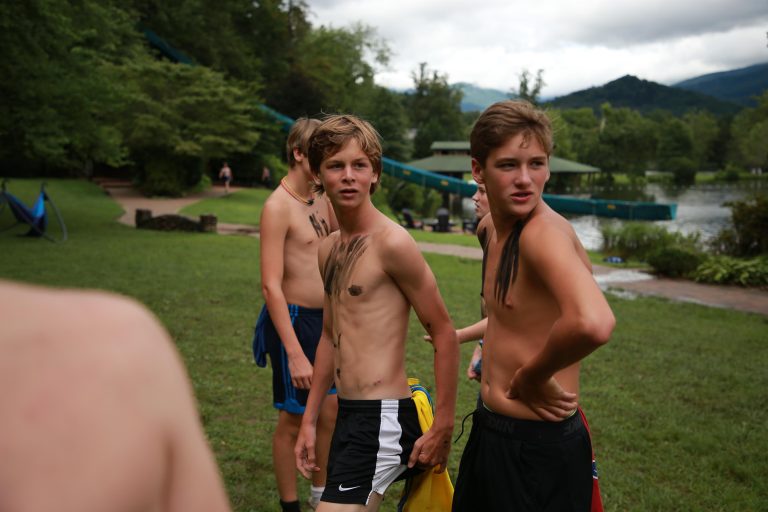 As our day winds to an end, each tribe on camp will be hearing the good news of the rich man and the kingdom of God from Matthew 19:16-26. And isn’t it good news that these young men showed up today and gave their all, just like our story calls us to do.

Because, when it rains at camp, we get wet and make memories that will last forever.

I just LOVE this . . . thank you for the vivid tour of a rainy day at camp. Sounds like it’s almost more fun than a sunny day at camp!