Roll, Pull, and Slide through Fear

At 10:30 on a Thursday morning, Lindsay returned to Kayaking for the second time. The first time went well, she had paddled around without the full setup.

The full gear at Kayaking involves putting on a spray skirt to keep the water out of the boat from waves, splashes, and if you flip over. Lindsay had been in a kayak plenty of times, but never with the skirt. The skirt keeps you in the boat if it capsizes, and it’s important to learn how to get out. See, that’s step one. Learn to “wet exit” the boat. We’ll get to step 2, 3, and 4… but step five is to go down the ramp. Lindsay wanted to do the ramp. She knew deep down she had it in her… but it is a 12 foot tall slide that you go down in a kayak that’s attached to you, so it still looked a little scary. 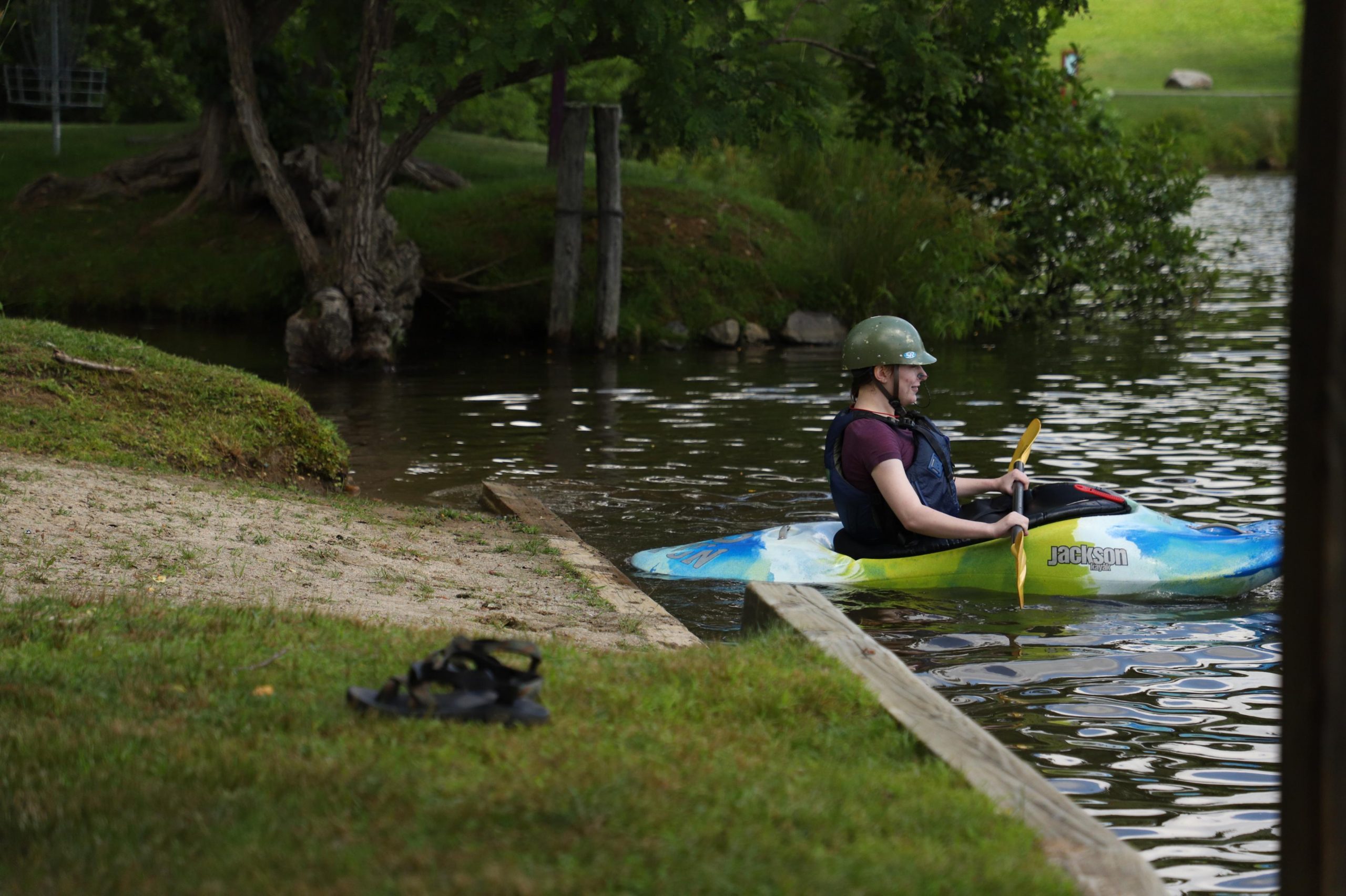 You could see the fear in the eyes the first time the instructor said “whenever you’re ready.” After that point, it was on her to roll her own boat upside down into the water. Then she needed to pull the handle to detach the skirt, and swim free of the kayak, all while upside down. She thought through the process and mouthed it a few times, rehearsing each individual step. The instructor waited next to the boat, ready to step in, but leaving enough space where Lindsay knew it was on her. It took 3 full minutes to steel the courage, but courage can’t shine through without a bit of fear.

You could see her mouth: one… two…. and on three…

Lindsay reaches up from under the water and smacks the sides of the boat to practice alerting other boaters of a flipped boat.

Lindsay keeps her hands up above the surface of the water, stretching to sweep forward.

She sweeps her hands back, practicing feeling for a kayak that would be coming to rescue her.

Her hands pull back under the water.

You see the boat shimmy forward as she pulls the handle to release the skirt.

She slides out of the kayak and off to the side.

She comes up for air, smiling. 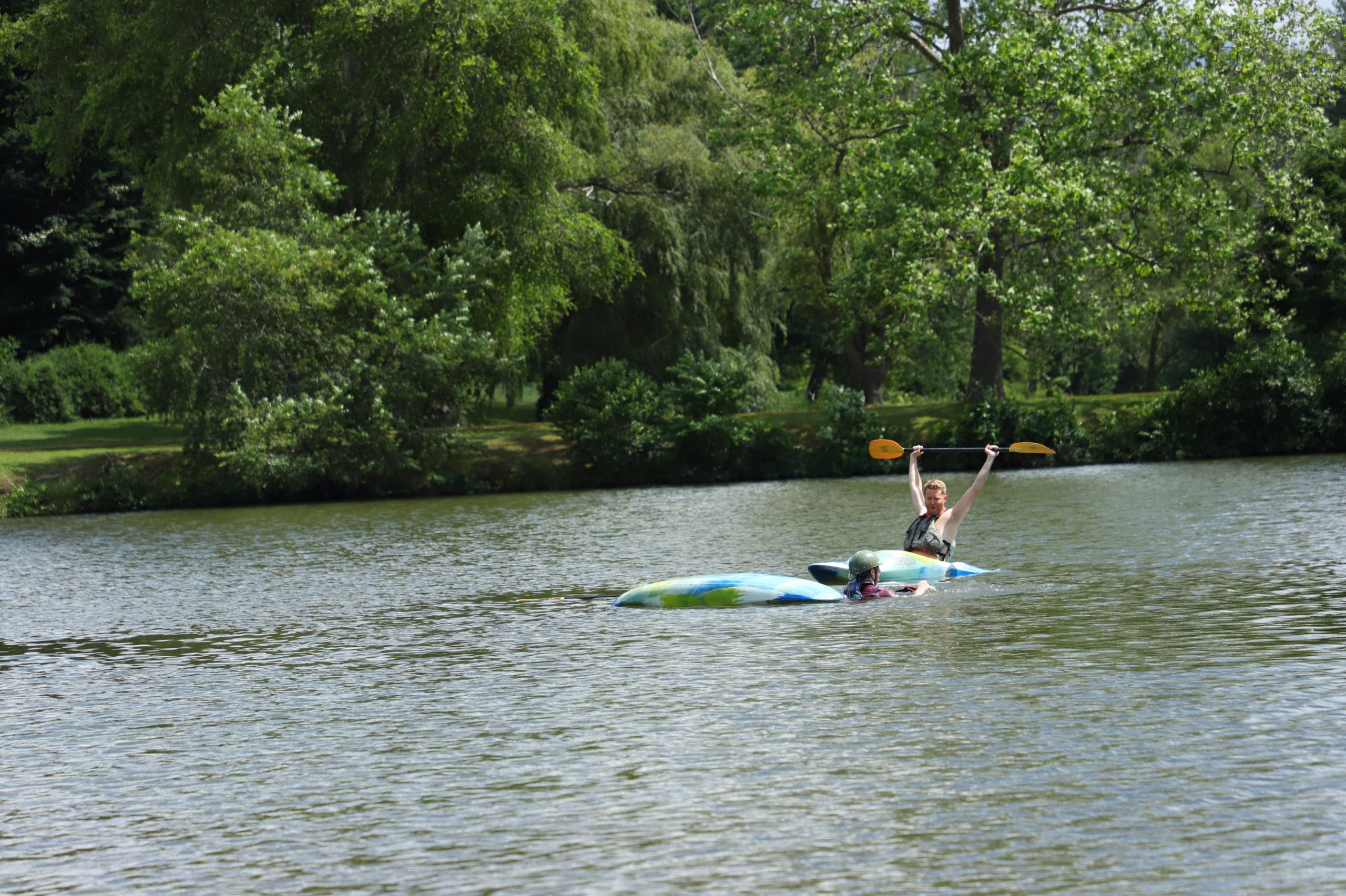 In addition to smiling, she’s shaking like a leaf. It’s a bit chilly, but not to bad. When asked, she says it’s mostly nerves and excitement. After she declines a break to warm up…. it’s on to step two.

Let’s empty the water out of the boat.

Same thing, but this time the instructor slides a boat in so Lindsay can push off of it and flip herself back over.

Same as before, the instructor says, “Whenever you’re ready,” as he stands close by, ready to slide a boat up against her flipped kayak.

Same as before, Lindsay goes through the process talking it out, a full 3 minutes go by and she mouths: “One… two….three.”

She smacks the boat.

She sweeps her hands

The instructor slides the kayak into place.

She pulls her head out of the water.

She flips the boat back over. 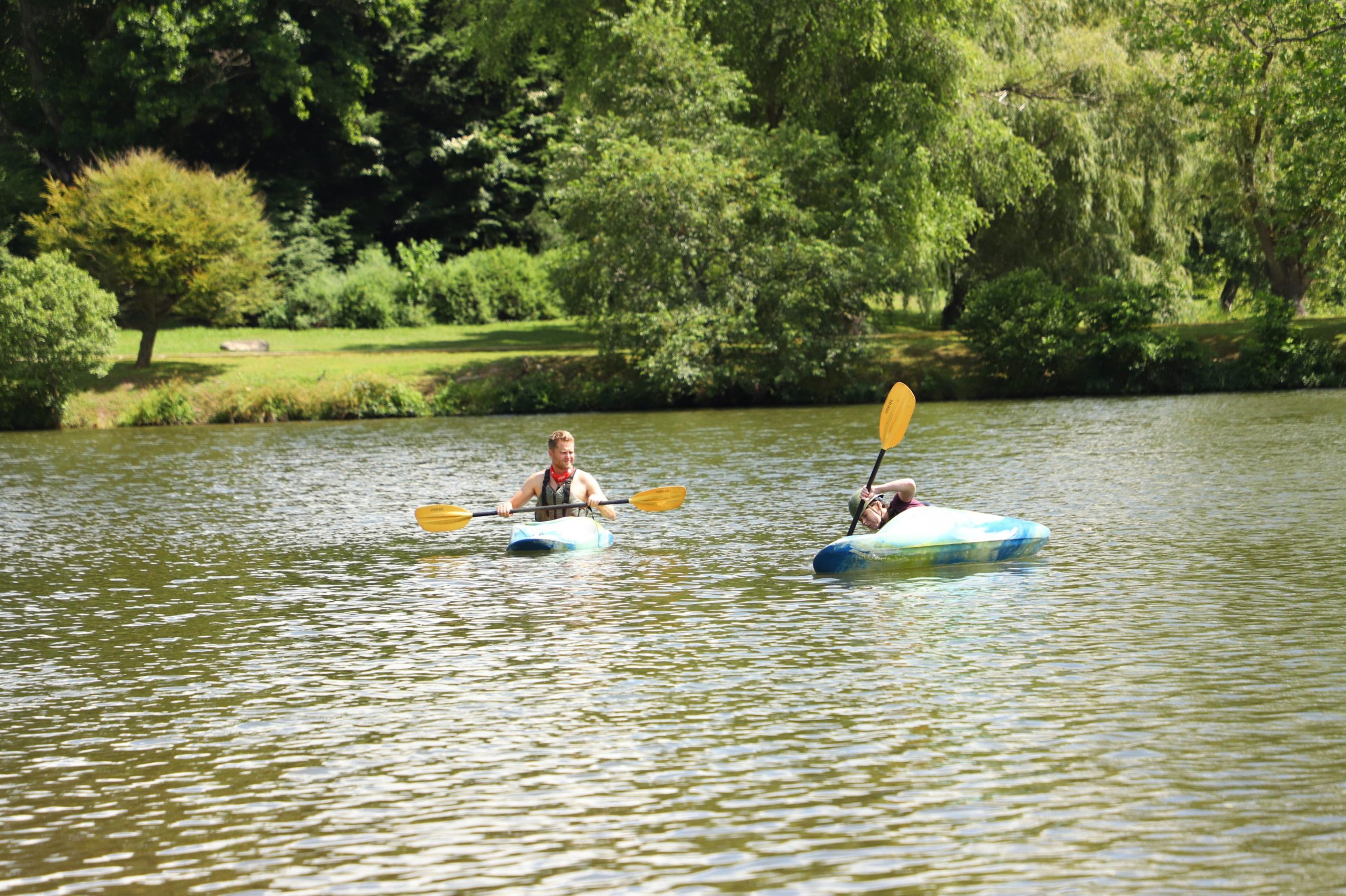 Now it’s time to make all that second nature. Every time, she gets a little faster and a little smoother, but even at he most nervous, she never panics. Steady the whole way through. All of this practice is to make sure she’s ready if she were to flip over after going down the ramp. So what does it take… not to capsize?

To successfully go off the ramp, it’s important to hold the proper from through the whole process. One instructor was ready to launch Lindsay, and the other coached her through the proper stance: Lean far enough forward to shift the weight of the kayak so the nose hits first as it enters the water, hands far enough apart on the paddle to miss the boat on impact, arms ready to paddle as soon as possible after to maintain stability, and a trust that the instructor below was ready to step in if she flipped after splashdown.

Another thirty: she steels her courage

Another thirty: “One, two, three…” 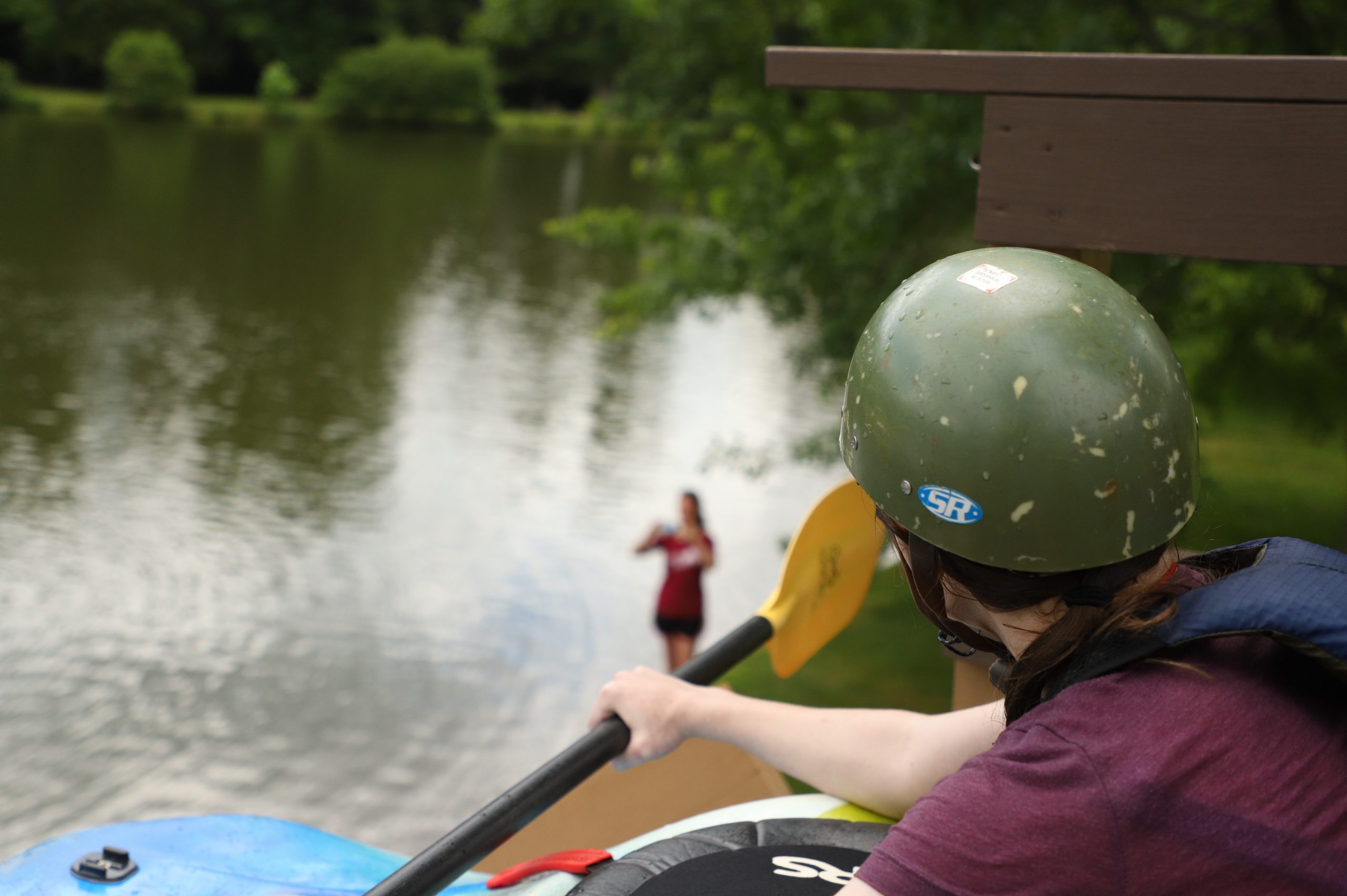 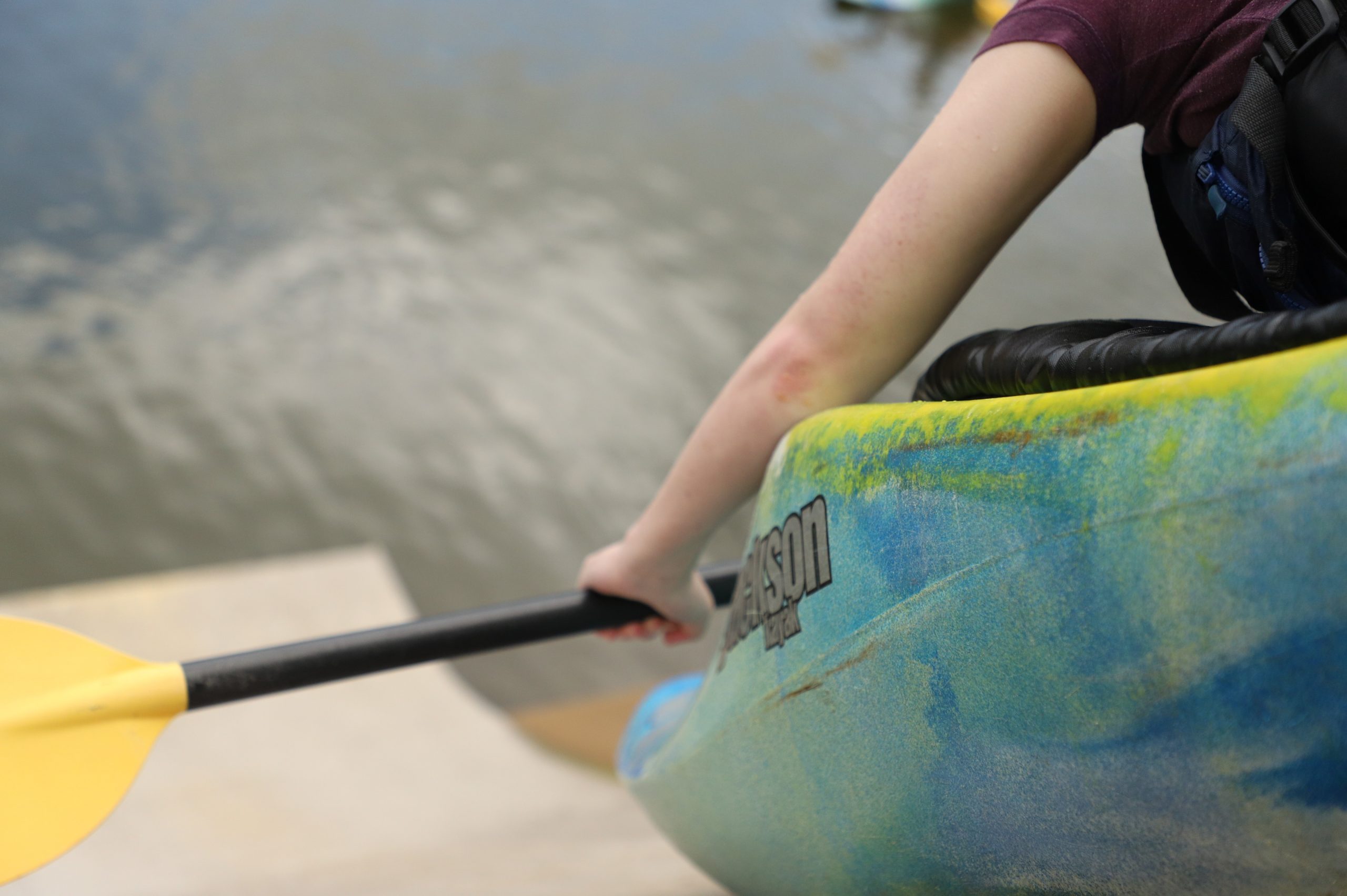 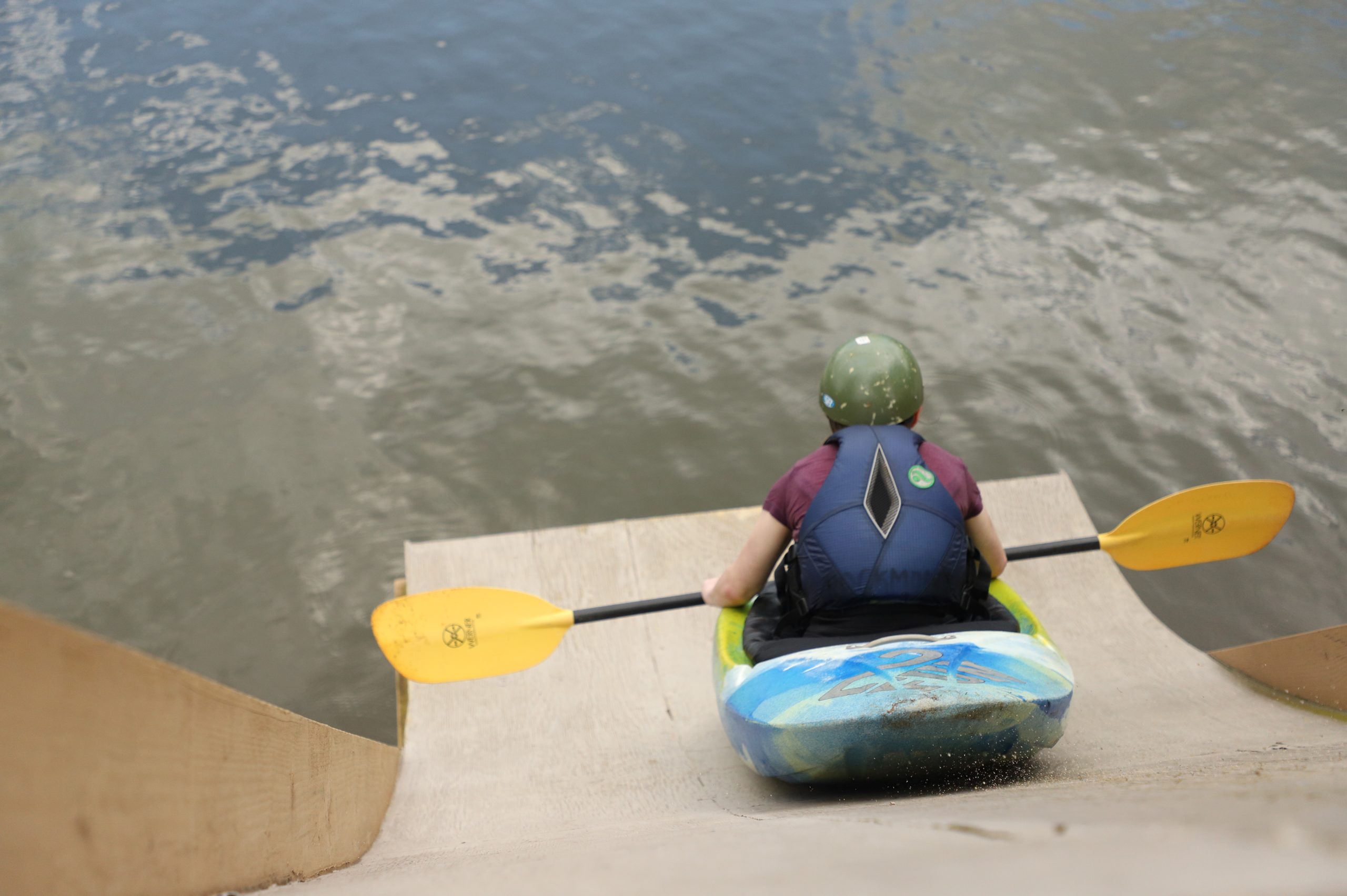 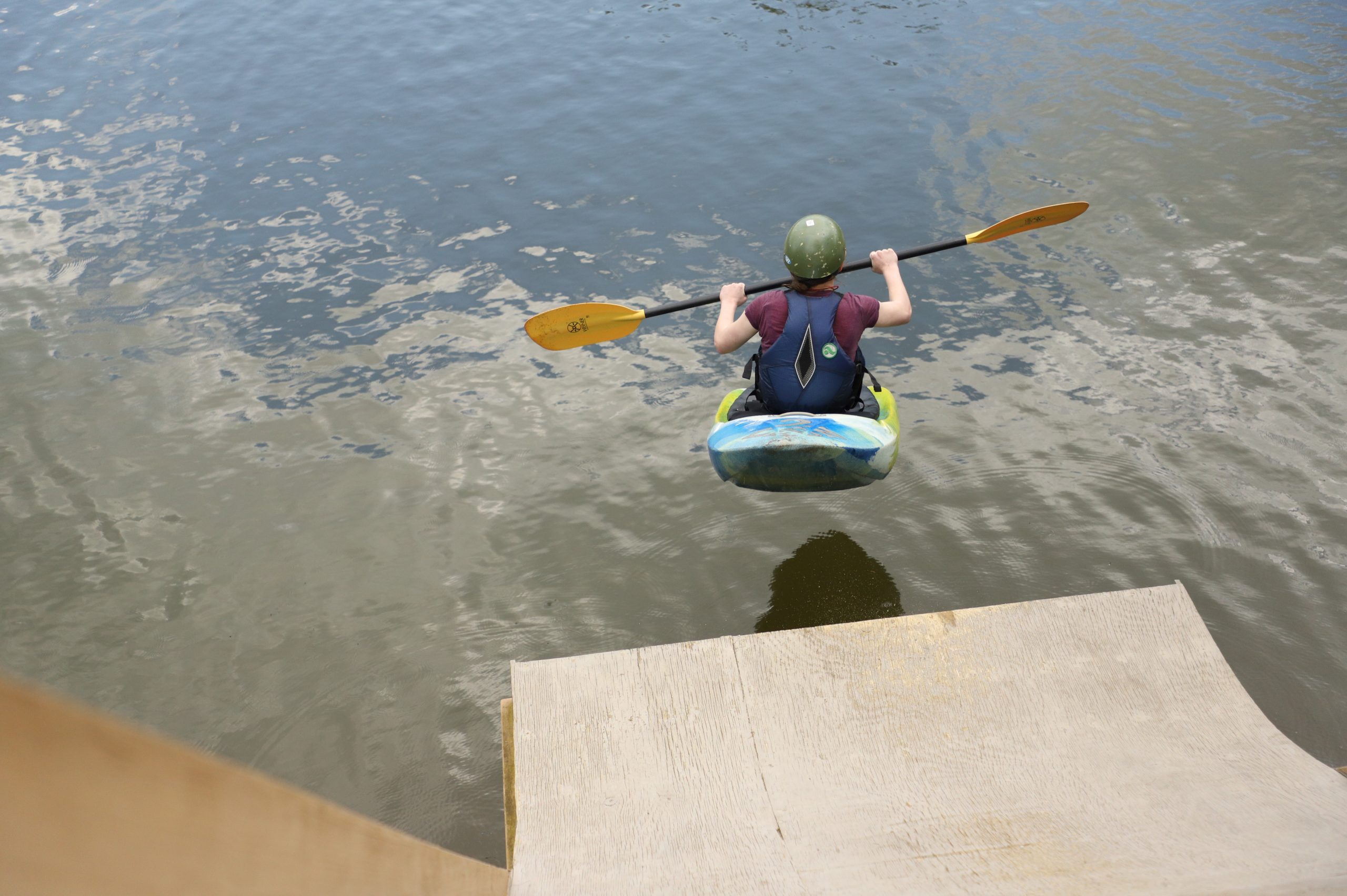 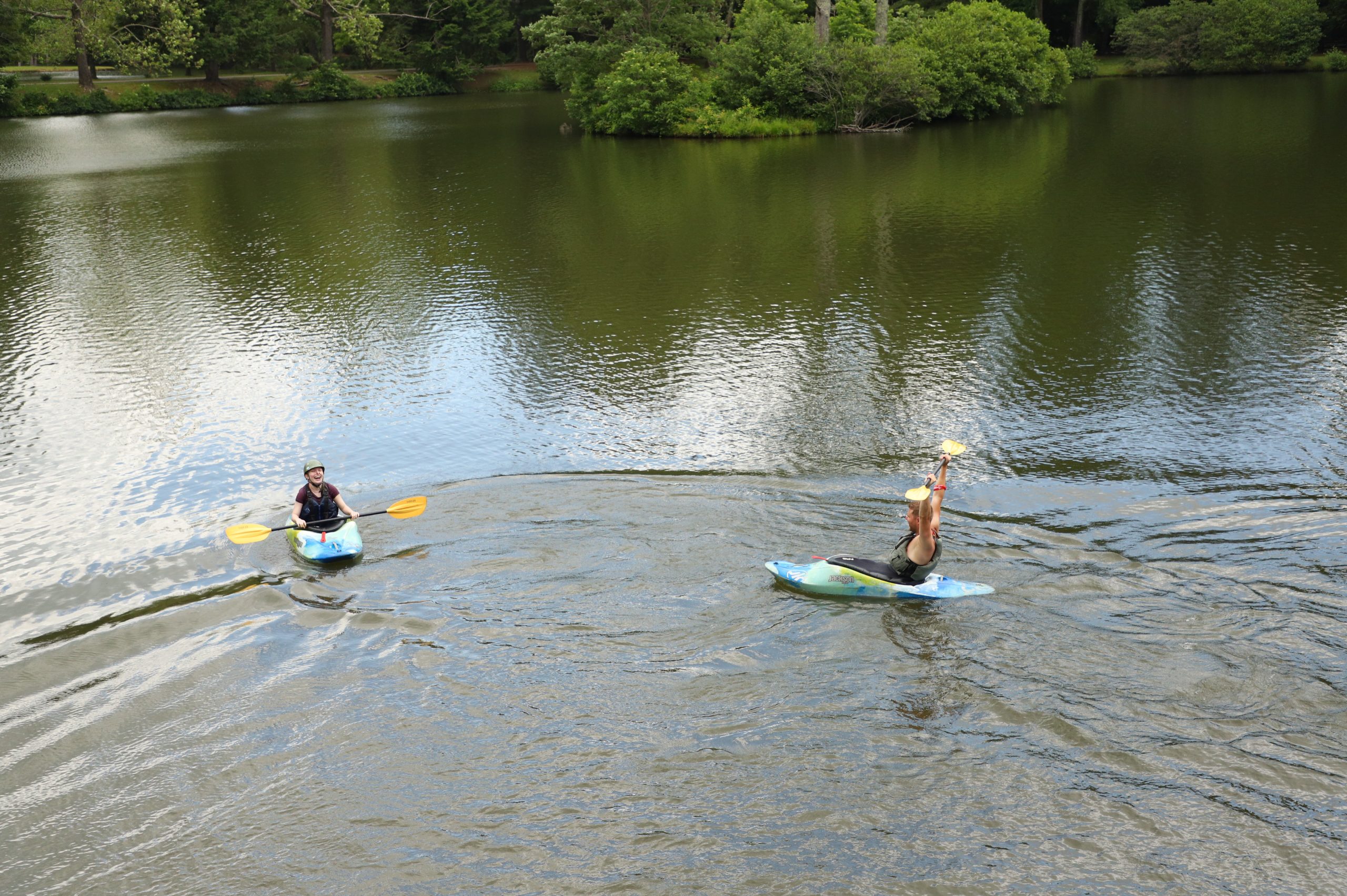 So, SO proud of my girl! We had discussion that bravery isn’t not being scared. Bravery is being scared. . . and doing it anyway! I have video of all of the above events if anyone wants to see.