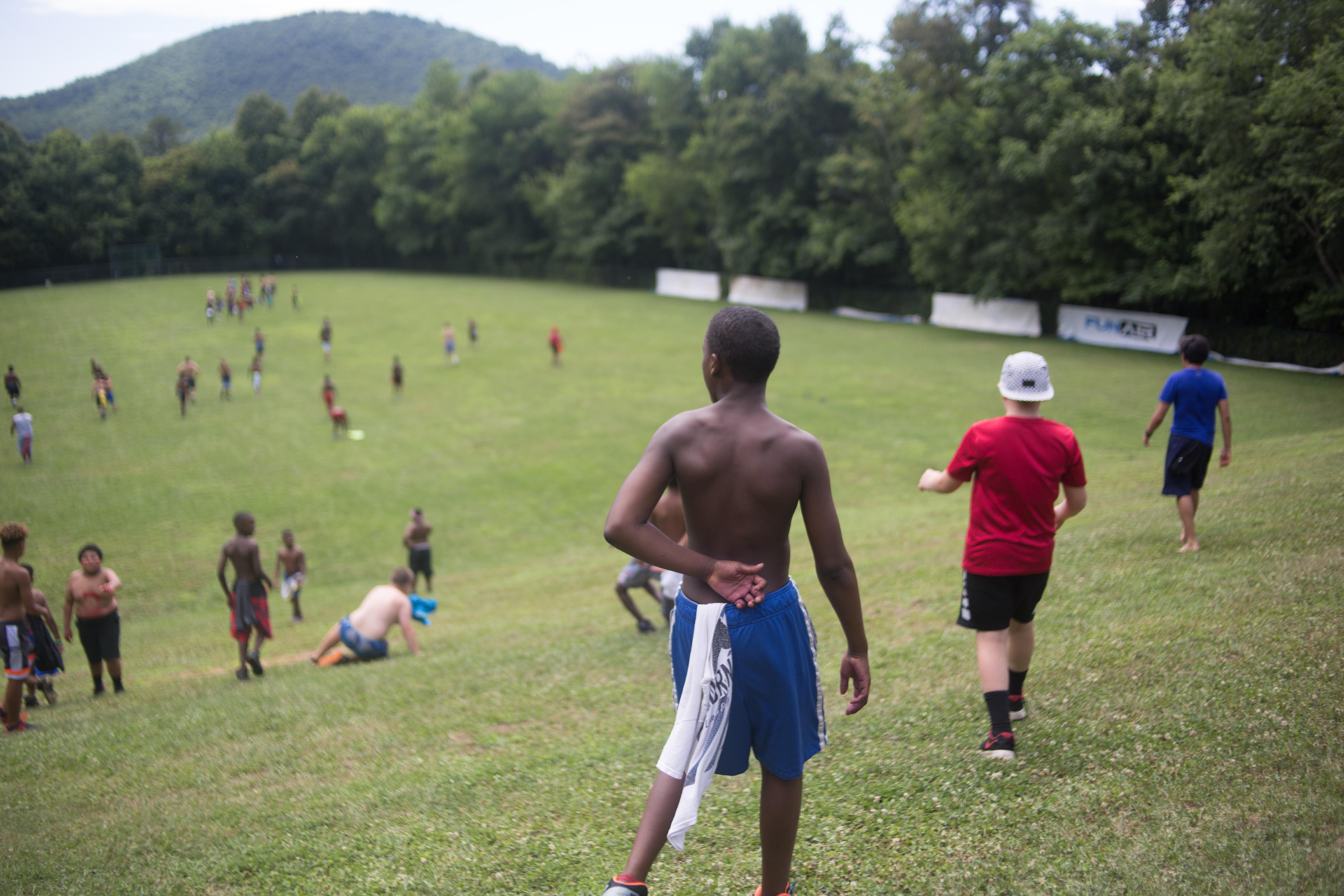 Camp is a place where we’re free to play. I think especially at Rockmont, we’re saying that playing holds this key role in us coming alive to ourselves. Connecting with a story, working with others to accomplish a task, liberating ourselves from our concerns or fears of big things. Playing means being alive and fully the human God is calling us to be.

We’ve played hard this week. We’ve played through sunshine here in the Great Craggy Mountains, rain storms passing through the North Fork Valley, and even early in the morning at the Thunderball pit. So much of the growth we experience at Rockmont is because we believe in getting up and playing. The friendships cultivated here are inspired and provoked by the simple fact that boys get up in the morning and put their shoes on. They are looking for opportunities to be completely free, and that can be hard to find in our lives. Through the pressures of school, sports, expectations, technologies, our boys can begin to feel burdened by modern boyhood. But at camp, this is a place where they are on a unified quest to freely play.

This morning, Bear Camp played a Tribal Activity called “Super Mario Brothers.” The goal is to return a character captured by a Bowser, to either Mario or Wario. The Mario team is trying to free Toad, while the Wario team is trying to liberate Waluigi. These characters are all played by counselors dressed in the appropriate costume for that character, and who are themselves feeling free from the “cool” factor and are play acting. As the game begins, campers are running around trying to collect four different paint colors so that they get “Star Power” and can then go and liberate either Toad or Waluigi from the Bowser.

These games are necessary for our boys. They stimulate the curious brain, the brain that loves stories, the brain that says to run hard and fast. Campers form groups to work together – power in numbers – as they seek to liberate their team member. Boys come alive when they feel free to roam and play. This is central to our mission. It’s central the shape of a child’s life that Jesus says to let come to him. When Jesus says, “The Kingdom of God belongs to such as these,” I think he’s talking about liberation. A simple Yes – like children so often do – is what God is calling us to. And that’s what we get to do at Rockmont. We get to say Yes to playing every day. And that frees us to so many growth opportunities.