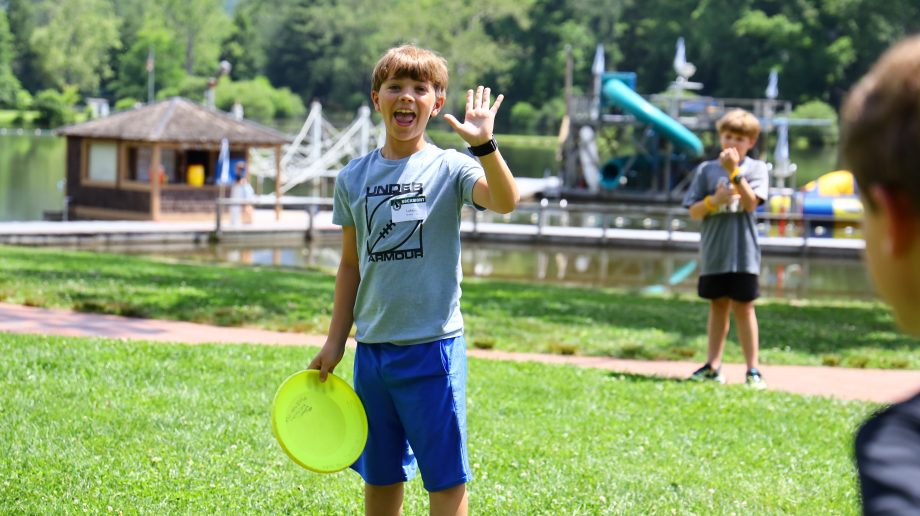 What a great Opening Day!

We started off with the sunshine drying the fields from the rain the day before. It was great to see all the families coming through the gate, and it’s always fun to see returning campers and new campers all having the same excitement to find out their cabin!

A big thank you to all of you for making sure you had all the COVID tests and health monitoring forms ready to go!

We are already 9 hours into camp now, and you could feel one thing in the air today: overwhelming joy.

I was able to run over to Bear Camp and check in with them right after their swim test. They were playing octopus tag and were running with huge smiles on their faces. I did my best to make it from one side to the other through the Octopi (campers) reaching out to tag, but in the end, the campers were victorious. I saw Hayes, and Wylder, Bennett, Knox, and the rest of Bear Camp having so much fun they could barely stand it.

Deer Camp was headed to the dam to play a game of capture the flag. Out of nowhere, it started pouring down rain… and what happens at Rockmont when it rains? We get wet!

Since there was no lightning, they were able to find a bit of cover at the start to hear the rules, and then head out in the rain to play. Campers and staff were immediately soaked playing the most epic game of capture the flag so far of 2021.

You could see it in the faces of Alden, David, Keaton, Henry, and the rest of Deer Camp: overwhelming joy.

You could look out across the lake and see Mountain Camp doing swim tests in the rain.

Getting to swim in the water as the raindrops are splashing all around can feel pretty incredible when you’ve got that mountain view as the backdrop.

Many mountain campers are returning for multiple years at camp, and are pretty used to a swim test. Just adding a bit of rain was enough to spark something new into something that can feel pretty routine for your 3rd time. And for the first timers, what an incredible way to start your Rockmont waterfront journey! You could see it even in the faces of the oldest mountain campers experiencing something new: overwhelming joy.

And we’re ready to carry on into the rest of the session with that same overwhelming joy!