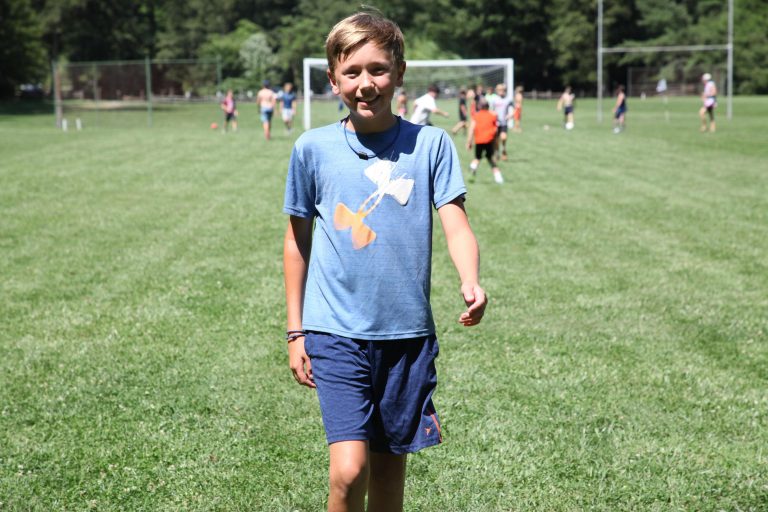 My wife Sadie and I live in the RockHouse, situated right in the heart of camp, by Eden Hall and the Bear Camp Lodges. Early in the morning as I read or work before breakfast, I begin to see the courageous early risers walk down the steps of Buckeye Lodge and wander out into the world again.

At first they seem aimless, but I don’t think that’s it. They rub their feet around, nudging the rocks, trying to get a sense of their place. They kneel down in the grass to see about a bug. And then, without warning, they dart off out of sight. On to whatever is next to explore before breakfast.

At Rockmont, we have both scheduled time and free time. Both are necessary. The scheduled time gives structure through skills, giving campers a sense of discipline and progression. Organized Tribal Activities give them areas to roam wild and work together as teams.

Unscheduled time during a Free Swim allows campers the freedom to hang out in the Eno pods by the waterfront. Play Spikeball with friends. Play the back-nine on Rockmont’s disc golf course (recently relocated to the Golf Course!). I especially appreciate these times around camp. 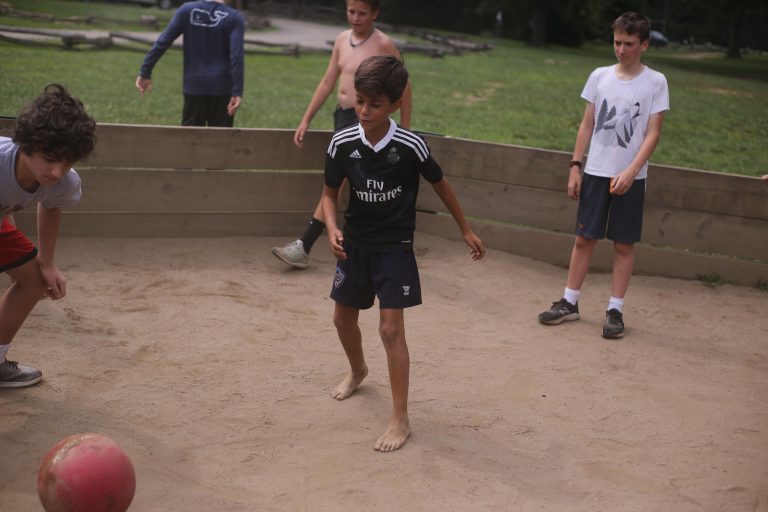 These times are when things come alive.

You can likely bring to mind experiences like this – around a fire with friends, lingering over a meal in good company, talking with other parents after a school function. These moments aren’t few. The question instead for me is whether or not I’ve welcomed these moments when I’m in them.

We all know the feeling when we lose track of time, look at our watch, and feel the tug of our schedule. It can make us feel frantic – we have to get to the next thing: Homework, the next appointment, work meetings.

I think we need to resist the kind of illusion that says we always need to get to the next thing.

This is where we’re afforded a gift at camp: To slow down, really see one another and what’s in front of us. This happened out in front of the waterfront yesterday before dinner when several of us started throwing a football in a circle. Our goal was complete as many throws as possible without allowing the ball to hit the ground. By the time we got to 60, 80, 115, more people began joining the circle. It will remain a favorite memory of mine this summer, just because of how simple it was.

There are so many of these moments each day and I think our boys need them.

They work hard at school where much is expected of them, play hard in sports where they’re asked to compete, and practice hard for all kinds of creative endeavors they’re expected to master. Our boys are in high demand.

Our Gospel story this evening is John 4: 7-14 – Jesus sees the Samaritan woman at the well and offers living water. The story seems to imply that Jesus was already at the well when the woman came. Perhaps he was resting while the disciples had gone to town to buy food. He was ready for what was next because he slowed down and stayed where his feet were.

If we are able to slow down, I think we do, in the end, appreciate these times that aren’t necessarily scheduled. Times where we can replenish. Thankfully, boys have that kind of permission and time at camp. They grow and replenish through their scheduled and unscheduled times, and learning to do both in a way that is ultimately restful is so important.