Loved, Welcomed, Cared For, and Valued! 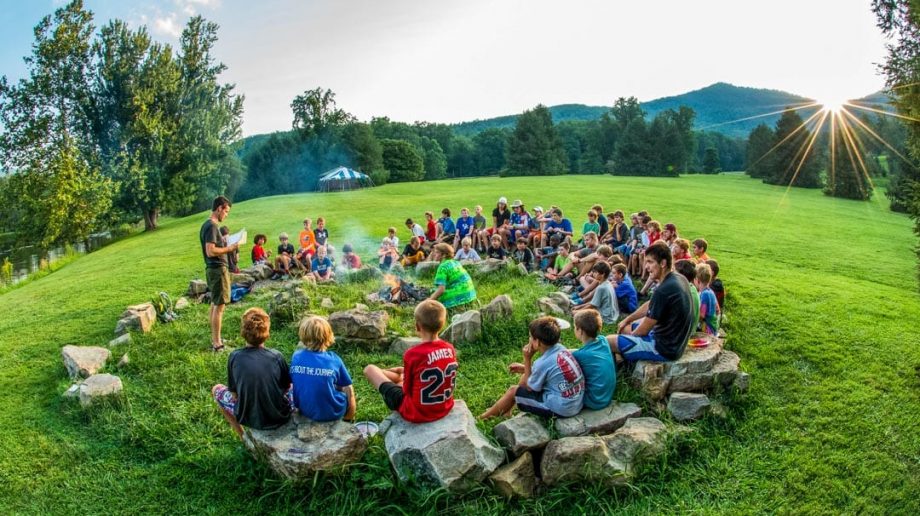 When you watch the camp video on our website, you hear – at the very end – Mark Ragland say these words: “There’s no place that I feel more loved and welcomed and cared for and valued than here at Camp Rockmont.” Powerful words! And from a Rockmonter who has been loved well in so many different settings, he still feels a love here that is unique and significant. There’s a familial aspect to our community, a brotherhood.

I witnessed this same experience of Rockmont brotherhood come alive today for another young man. I was the “Director of the Day” – DOD in Rockmont lingo – and part of my responsibility today was singing the campers into the dining hall, leading the blessing song and prayer, and then dismissing tables to the buffet lines.

After I had said the lunch prayer, a first-timer named ZJ came up to ask if he could lead the blessing at dinner. He told me that he had learned a prayer back home that he wanted to share at camp. He even sang the prayer for me right there on the spot, “Oh, the Lord’s been good to me, and so I thank the Lord. For giving me the things I need, the sun and the rain and the apple seed. The Lord’s been good to me.” I thanked him for his willingness to pray and told him to come straight to the mic when he got to dinner.

When it came time for dinner, I brought the camp into Eden Hall singing “She’ll Be Coming ‘Round the Mountain.” By the third verse, ZJ was standing by my side ready to do his part in leading us in his blessing song. I let the whole camp know that ZJ was going to lead, and I bent down to hand him the microphone. And then ZJ began, “Oh…” But this was then followed by a long pause. He had forgotten what was next, and he even said it on the microphone to all of camp: “Uh oh, I forgot.” There was then a brief pause in the dining hall, followed by a raucous applaud and cheers from everyone in the dining hall. You could see ZJ’s wheel’s turning as he focused his energy to remember the words, as he absorbed the support of his camp brothers, cheering him on. “Oh, the Lord’s been good to me…” It was a slow start, but ZJ got all the right words out and finished the blessing song to a cheer from everyone there. Usually, we also say a prayer after the blessing song, but this time the song was enough. I said, “Amen!” and we began serving dinner as ZJ walked back to join his cabinmates at the table.

The feeling of love and support for ZJ – even in his moment of struggle – was palpable. Here was a young man who sought out an opportunity to lead, prepared for it, struggled through it, found support, and completed the task.

There were innumerable instances today of campers showing that same love, welcome, care for, and value toward one another. I witnessed the staff doing the very same thing! It happened out on the slip ‘n’ slide, during tribal activities like Invasion and Outbreak, during swim lessons on the waterfront, and as campers found their route on the climbing wall. ZJ’s story is just one of 200. Campers and staff supported one another and cheered each another on – to lead, to act, to grow.

Rockmont is a place where young men learn to show that love and support to one another. ZJ temporarily forgot the words of a song today. Instead of being mocked or laughed at, the community around him without hesitation voiced their support for him. And I have no doubt that support would have been just as powerful had ZJ not been able to finish the blessing song. He was standing on a strong foundation, either way. And he knew it! I believe that’s what helped him find his voice in the end. And I believe he truly sang from the heart, “Oh, the Lord’s been good to me!”

Tonight’s Scripture: Mark 2:1-12
Story: Jesus Forgives & Heals a Paralyzed Man
+ Where do you see yourself in the story?
+ What’s the good news?