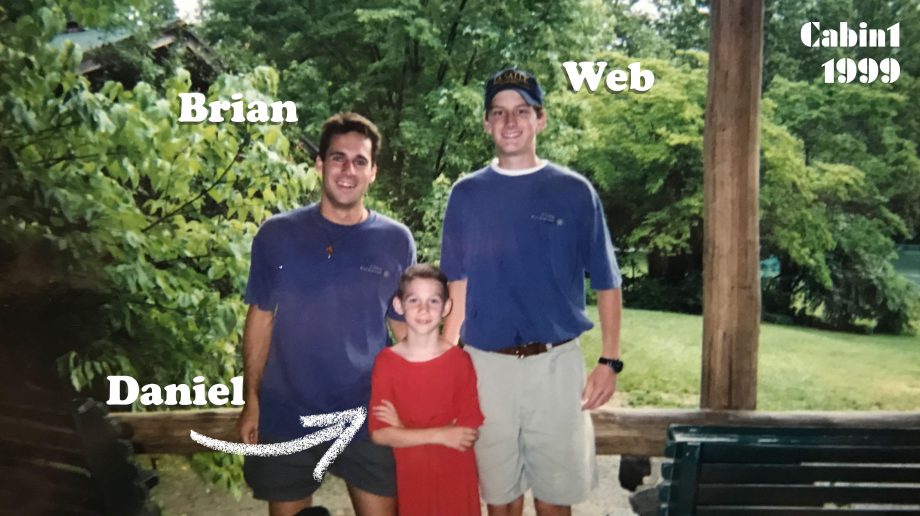 As many of you know, this summer at Rockmont looked quite a bit different from the sixty-four that preceded it.

And, many of you still came through camp. Rockmont families – completely new, seasoned veterans, neighbors near and far showed up with their families to jointly witness what would take place. It was unique, and quite fun.

One of the most unique aspects of the logistics of this kind of summer was the staff element. Aside from a few high-caliber seasonal staff members (shoutout to Deer Camp Director, Will Campbell, Heeth Varnedoe, and Jake Kennedy), we, the full time Rockmont team, ran camp.

On any given day you would see Mike at Kayaking, Andrew at Mountain Biking, Stan, Dan, and Murph Lifeguarding on the waterfront. Heck, I was even the photographer (with almost no prior experience). Anyways, if you missed out, it was quite fun and we hope that you will consider joining as we host family weekends in the future.

I want to tell you a story that took place during the final week.

As the Director of the Day, I was around the Roundhouse as guests and day-passers rolled in for a rainy day at camp. A group of two families who were at camp for a Day Pass, walked up and identified themselves as being from Florida and staying in the area for a few weeks.

We’ve all experienced the new effort it takes to recognize a friend who is wearing a mask:  the squint, lean in, tilting your head as you try to investigate their eyes. One of the dads and I had this moment…

My first session at camp was A session, 1999

(we used to use letters instead of numbers to identify sessions)

Even for 8 years old, I was small, shy, and certainly not buoyant. I was in Cabin 1 with seven of the youngest campers, and two of the tallest counselors – Web and Brian.

The stories I have retained from that summer are more numerous than you would think. There’s the first swim test story, Air Riflery with the ducks, Rocketry when I accidentally poked my finger with an exacto-knife (and said it was ketchup, so as not to cause alarm – it was a tiny cut), adventures out to Homesteading, Hap shearing sheep, our goofy Tribal Director, Rambo, and “raiding” the Cola Stop as a cabin on the final night of camp.

So there we were, 21 years later, outside the Roundhouse.

The college student that, whether he knew it or not, showed me I am a valuable member of my cabin even if I can’t swim, am not particularly good at camp games, and shy around my peers, was right in front of me again.

For the eight hours that Web’s family was at camp, I got to meet his friends, his wife, and his two incredible daughters. I got to witness them play where their dad left an impact on a boy their age over two decades ago. I got to explore how that one summer changed my life – by nudging it. And I got to share with Web something that I absolutely believe to be true: without the gifts he brought to our cabin in 1999, I wouldn’t be here. I am grateful to him.

To him, it might’ve just been doing his job well and having fun along the way; for me, it was breaking ground on what it means to be seen and valued.

Consider today the people you interact with, and consider what good gifts you can give away. You will never fully know the impact you’re having in real time to nudge someone towards who they could be. Maybe 21 years later they’ll throw up their hands in elation to share with you how your impact has made a difference in their lives, like I was able to, right around the corner from where Web and I met in the summer of 1999 – Cabin 1.

below is a story from Morning Watch from Daniel about his cabin 1 days and Web!

What a great story. I have such amazing memories from my time at Rockmont and Cabin 1. What Daniel may or may not realize is that he was my first camper and was probably as scared as he was when he showed up on my first day as being a counsel. It worked out for both of us. It was great seeing him and we had such a great time. I can’t wait until the next time I get back.