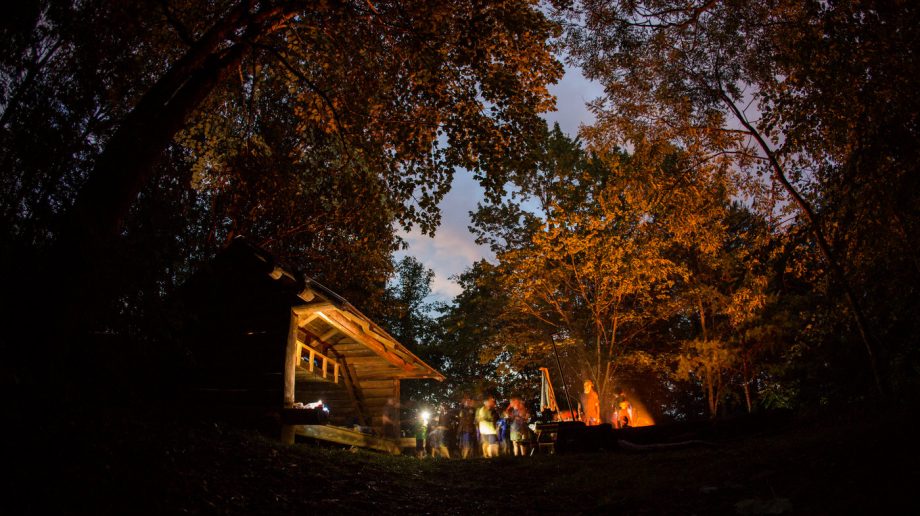 As an educator, I often hear the phrase “lightbulb moment” thrown around on what seems like a daily basis. Good instructors and motivated educators seek out instances that push learners toward moments that illuminate ideas that had previously been hidden from view. The best teachers are the ones that push their students to these times without a student even knowing it is occurring. Across the nation, in classrooms big and small, these moments are commonplace and an integral part of everyday education. However, in some much more rare, incredibly special moments, the teacher – with help from the student – becomes the student.

In 2010, I was a Junior at Mississippi State majoring in history and determined to go to one of the nation’s best law schools. My junior year was a pivotal year of accepting challenges like I never had before, leaving my comfort zone, and stepping out into the unknown of life in search of who I was at my core. It was also the year that I decided to work at Rockmont. It was the year I left all of my fears about this place my friend, Thomas Sellers, had told me so much about… and there were a lot of fears! I was afraid of not knowing anyone, fearful of having never been a camper before, scared about leaving the plains of Deep South for the mountains. I was genuinely doubtful of being able to breathe at such high elevations!

Like so many other times that year, I found that stepping into my stretch zone had been the absolute right decision. I left that summer in love with Western North Carolina, with the community I had formed, and with a new sense of who I was and who I could be. I returned to Mississippi State that fall as a History major still pursuing law school. But Rockmont had opened me, had changed me in ways I could not fully comprehend yet.

After taking a summer off from camp in 2011 to ensure I would graduate from college, I returned in 2012. The time since my first year at camp had brought me great growth in my faith, in my confidence, and in my longing to make a difference. My shift in self left me with questions about my future. Where I had once been so positive of my future as a lawyer and in politics, I was now equally as unsure. My priorities were shifting, my interests changing.

That summer, I was a counselor in Cabin 12, a big cabin at the top of the Thunderbird Lodge in the mighty Birch Tribe. I had the opportunity to play games, eat meals, talk and walk with twelve campers every two weeks during the summer. As much fun as it was to play tribal activities like Invasion on the golf course, the time I most looked forward to was our cabin’s nightly devotion. The time was sweet, it was slow. It was the cabin’s chance to sit on equal ground, in a circle. It was a chance for us to learn more about one another, about ourselves, and about God’s love for us.

That session had begun like most others: a lot of energy, a lot of getting to know the twelve campers who were my responsibility over the next two weeks. After meeting most of my campers that morning, one arrived a little later. As I bent down to shake his hand and welcome him to camp, I was surprised by what he told me: “I’m a troublemaker.” I laughed a little and let him know with a smile that I could handle him. A couple of days into the session, this little Troublemaker had been a lot of fun, but he kept reminding me of the same thing – “I’m a troublemaker.” “I’m not a good kid.” “I can’t be a good camper.”

Over the week, I kept smiling, kept hugging, kept high-fiving my not-so-Troublemaker camper. Honestly, I found it humorous. Who doesn’t like to occasionally picture themselves wearing a leather jacket on the back of a Harley, driving across the desert to make some trouble? Heck, that is a part of being a boy and having an imagination. And yet, there was also a part of me that wondered if this kid actually believed what he was telling me. Did he really think he was bad?

Later, on that night in the middle of the session – surrounded by ten-year-olds to my left and to my right and seated in our nightly circle while holding bibles – I asked my campers to turn to the night’s passage: The Prodigal Son (Luke 15:11-24). I told a story when I left my house when I ran away. Just as we run from God, I ran from my mom. I told of the way she embraced me when I came back home, the same way God has embraced me time and time again – through my mistakes, my failure, my falling, and my fleeing, there has always been a love that has welcomed me back.

Unconditional love doesn’t make sense. It doesn’t ask questions. It doesn’t judge. The theme of the night was that we are loved, completely and fully – no matter what. This has always been one of my favorite passages to teach and for me to continue to struggle to grab hold of myself.

Following the prayer, campers began getting ready for bed by brushing their teeth and changing into their pajamas. One of the younger members of the cabin came and told me that his bunkmate was crying. It was Troublemaker. I found him next to his bed, sobbing on the floor. I leaned down to talk with him. Through sobs and sniffs, he let out in broken speech the words “thank you”. I laughed, relieved that he was crying in gratitude, and not in pain. “Thank you,” he said again, this time a little more clearly, a little more confident than the time before. “For what?” I ask with genuine wonder. Again sobs, sniffs, shortness of breath, but he musters forth speech, “I’ve always been the troublemaker. I’ve always been the kid who does bad things. I’ve never been told that love is bigger. I’ve never really heard of love like that at all.”

A few days later, Troublemaker departed camp like all the other campers that Friday. But his words to me that night on the floor, his sobs and his smile, that had not left. It stayed in that cabin and in my head and on my heart. That night had illuminated a truth for him in a quintessential lightbulb moment. He was not alone.

That moment opened me to so much that I had been seeking as well. In that short time, in that small space of a moment, I had found my calling. Not as a permanent camp counselor, but I realized my calling to kids, to impact, to the power of words, to the power of love. This story is what drove me to become an educator. This story is the one I tell at every job interview even when they don’t ask me why I became a teacher. It’s too important to my story, too much of why I do what I do to not tell it. This is the story I hang on to when my students are harsh, when they don’t seem to care. And yes, this story is why I return to camp year after year.

This summer, 2017, I stand in the middle of a packed Eden Hall. I stand arm over shoulder of Troublemaker, bonded by summers of knowing one another and by a common story that we both remember but don’t often talk about. Today is different though. Troublemaker stands tall enough to look me in the eyes, more mature, more grownup, and speaks with complete clarity, “Drew, you remember that night.” I nod. He says, “It changed everything. It changed my life.” Again I laugh, but this time answer, “It changed mine too.” I say with words of truth, but also with words that could not possibly express the way I was changed in that one lightbulb moment. A moment that upended my plans. A moment that changed my life.

Maybe he was a troublemaker after all.

Tonight’s Scripture: Jesus Teaches us about Blessings
Story: Matthew 5:1-12
+ Where do you see yourself in the story?
+ What’s the good news?