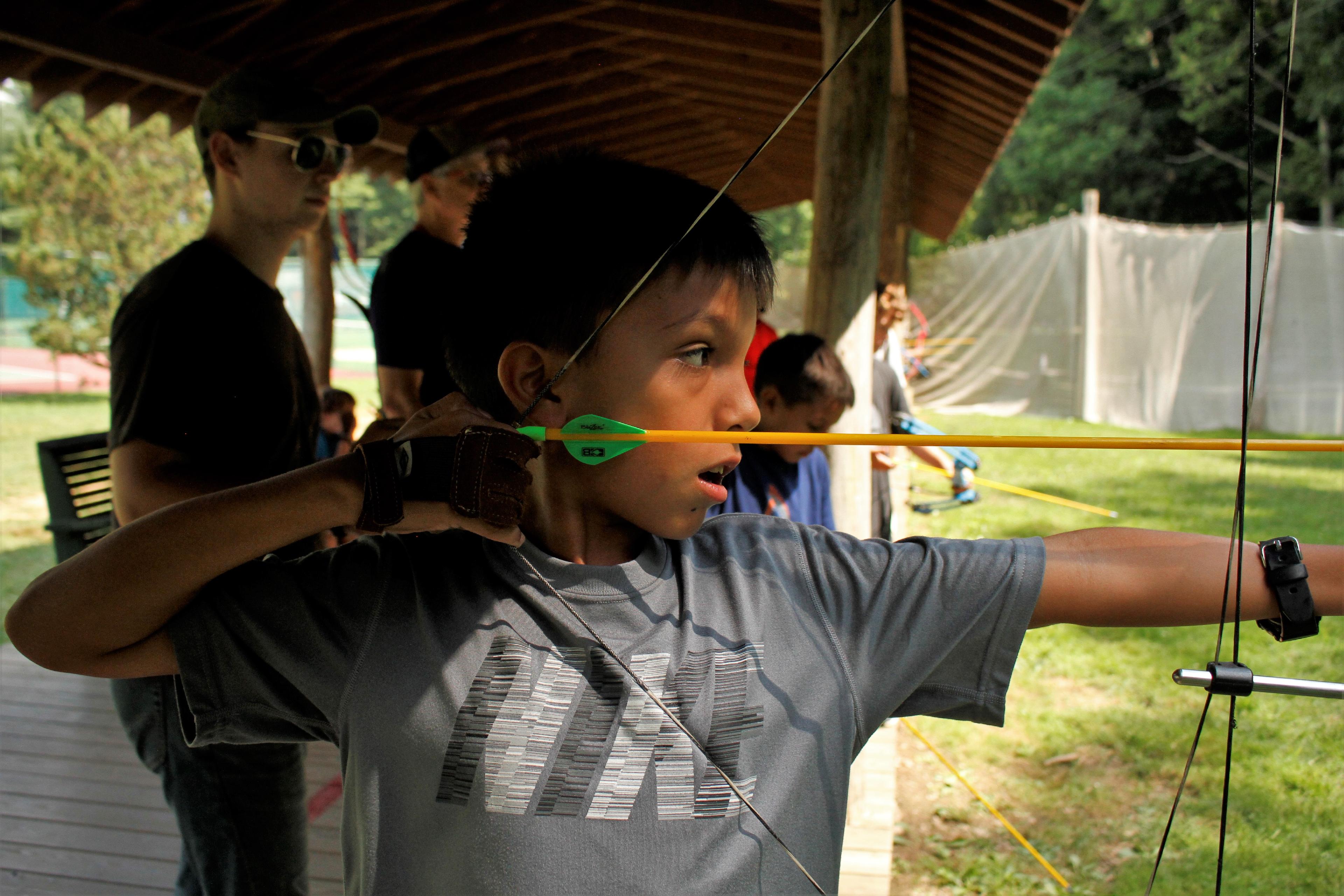 Yesterday some campers awoke early to games of Thunderball, disc golf, and fishing. Campers were welcomed into Eden Hall singing with the aroma of delicious eggs, hash browns, and fruit. After a filling breakfast, campers went to their morning watch areas to sing songs and hear a message about expecting the greater reward of Christ’s love. Then camper’s hit the cabins hard: sweeping, making beds, and arranging cubbies. As the bugle sounded, the boys rushed to their skills.

In outdoor skills, boys learned how to navigate using a compass. They completed an orienteering course that circled lower camp ending with a campfire and s’ more treat. In air riflery, boys learned how to handle their rifles and shoot in the prone position. In blacksmithing, boys started by making hooks to learn the basics of blacksmithing. Then they began planning their comprehensive projects. In all the skills boys were called into more. More challenges, more opportunities, and more chances to go deeper with skills and friendships.

Campers were called into even more after lunch as they competed in a cabin versus cabin dodgeball tournament. Poplars were called into more during their tribal campout allowing them the opportunity to continue to build strong relationships with friends and counselors. Deer camp was brought into more when camp became magical as they played Harry Potter. With the help of the even cabins, The Order of the Phoenix was able to defeat the death-eaters. Our youngest campers were challenged with a game of Powerball where the even cabins narrowly defeated the odd cabins.

Tonight campers will be called even more into Christ’s story for our lives when they read and discuss John 8:1-11. They will hear how Jesus protected the adulteress with a simple challenge to the crowd, “Let anyone of you who is without sin be the first to throw a stone at her.” They will hear about unconditional forgiveness and a call to repentance. Christ calls us to go deeper and do more with our friendships, tribal games, skills, and ultimately our relationship with Christ.

Today, tomorrow, and the rest of the session Camp Rockmont will continue to dive deeper and search for more.