Inspired to be at Camp! 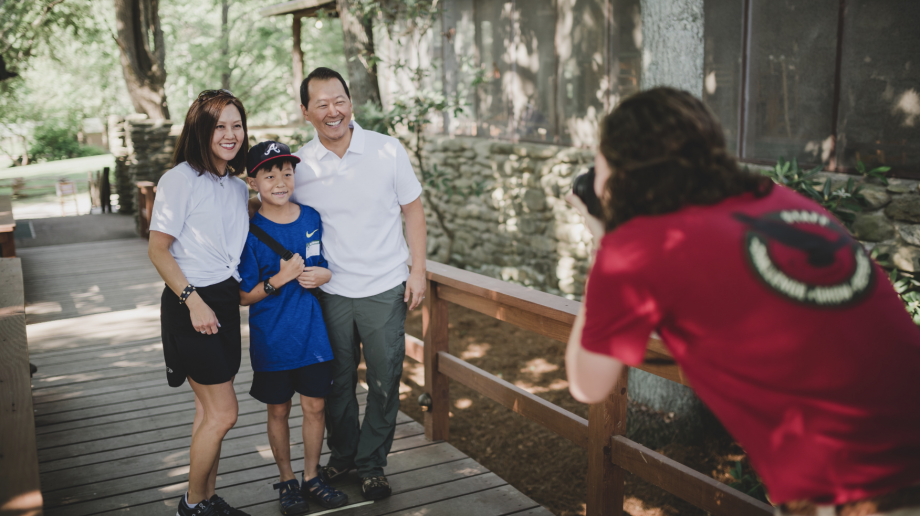 As I write this, Camp Rockmont is concluding a wonderful opening day for our first session of the summer. We are filled with gratitude for all of the families who have trusted us with their children.

The weather could not have been more perfect for opening day. From the deck of Eden Hall, we were blessed with incredible views of the Seven Sisters mountain range, which lies between Rockmont and the neighboring community of Montreat. Further in the distance, the southern end of the mighty Black Mountain range was in clear view. It rises abruptly – more than four thousand feet – at the end of the North Fork Valley of which Rockmont is a part.

Perhaps even more spectacular than the mountains today was the birth of so many new friendships and the reunion of so many old friends. The courage shown by all of the young men and their families was truly inspiring. One interaction particularly captured the spirit of the day for me.

As I walked across the waterfront, a young man approached and introduced himself with a big smile, explaining this was his first time at camp and that he had seen me on camp’s promotional video. His manner was such that I felt like we were old buddies, although I knew this was the first time I had met him. I’ll call this camper “JT.”

JT asked me if my daughter had dyslexia and explained that he had dyslexia and that it sometimes tripped up his words. I told him that I didn’t have a daughter and thanked him for telling me about himself. I shared with him that I knew other people at Camp with dyslexia that would love to meet him. JT said he didn’t know too many people yet, but he would know a lot more tomorrow. I told him “right on, that’s exactly right.” We talked for a little while longer and he continued to impress me with his warm and friendly manner. I left the conversation astounded by his bravery and charisma. For these next two weeks, he won’t be known for his dyslexia. He’ll be known as JT. I can’t wait to see how the next two weeks go for him and how he grows! I’m quite certain Camp is going to make a great impact on him and he is going to make a great impact on Camp.

Right now cabins are wrapping up devotions. All of camp is unified in exploring the stories told by Jesus in Luke 15:1-10. We invite you to join us each night as we share the biblical stories that we’re digging deeper into.

Tonight’s Scripture: Luke 15:1-10
Story: The Parable of the Lost Sheep and the Lost Coin
+ Where do you connect with the story?
+ What’s the good news?