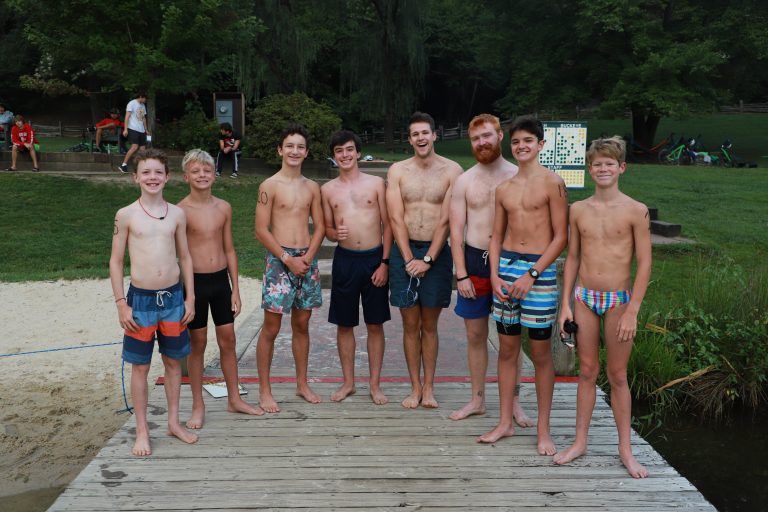 At Rockmont we’ve held a mantra for our final session of every Summer:

And you can trust we take it seriously in a big/fun way.

Throughout the Summer, our directorial staff has wanted to add a Challenge to a classic session – we already host a Mile Swim, an Eden Rock Hike, and many other daily Challenge by Choice activities. We wanted to bring back a tradition Rockmont hasn’t seen in over a decade:

Having qualified for the triathlon/Mile Swim earlier in the week, 6 brave campers and a few staff woke up way ahead of breakfast and headed down towards the waterfront early Saturday Morning. Like most mornings around 7am, there was a light fog hanging a foot off the water.

The Triathlon consisted of a ⅓ mile swim, a 2-ish mile bike ride, and a mile-ish run for a sprint finish down the Lower Soccer Field.

Our Director, Dan Davis, began the race in a traditional starting gun format.

And they were off!

The experience of the folks supporting the racers was unique in the Triathlon – though we had people all along each part of the route, no one was able to view the entire race from start to finish.

I was at the swim and the transition to the bikes, and then made my way to the finish. Towards the finish of the swim, two campers from Mountain Camp had pulled ahead – Hanson and Owen.

Then came the bike

From the Waterfront you could hear cheers from upper camp as the racers rounded distant corners. They biked all through upper camp and down towards the front gate, where they dropped their bikes and began the final stage –

Yes it was a race, and there was certainly a good competitive spirit, but the overarching sentiment at the finish line was celebration of the collective human feat.

The two Mountain Campers kept their leads and finished consecutively – Hanson and Owen. (they would go on to do the same at the Mile Swim the next morning!) And through the next 15 minutes, each benevolent competitor would round the corner of Nature skill and begin their Kick towards Air Riflery.

Each were welcomed the same – proud cheers and a joyous tunnel. 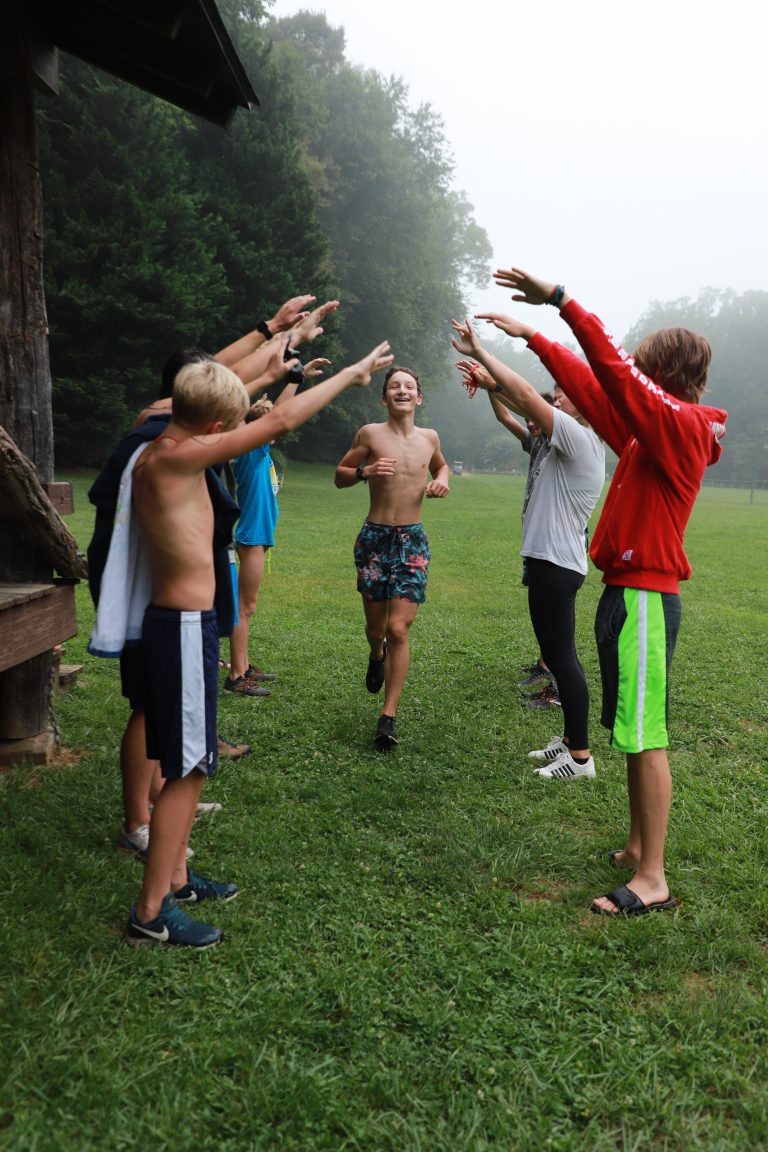 One of the things I love most about camp is the balance of individual challenges/achievements, and the collective celebrations in how we honor them. Though they were fully & loudly on display in the dawn hours of Saturday, they take place all over Rockmont, every single day.

It doesn’t always take an early morning Triathlon, but it sure was fun to experience that kind of celebration again.

That’s how we began our Saturday. We concluded it in a unique way as well – The 2nd Annual Bean Carnival – a carnival with dozens of activities (including a Director Dunk Booth), a currency of beans, and intra-camp Cabin competition. 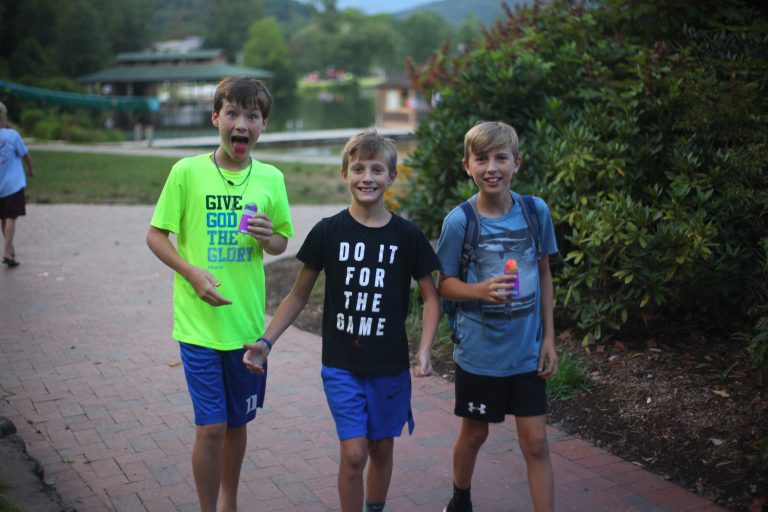 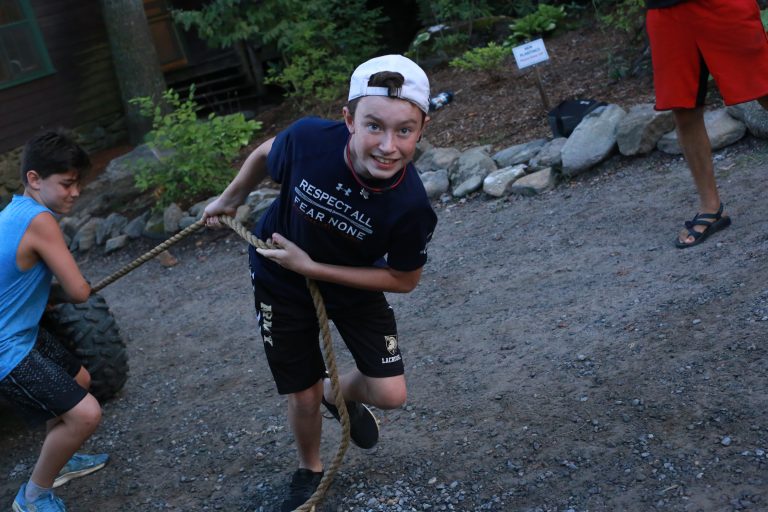 This final Session of Summer 2019 has held great reminders to pay attention each and every day to find those moments of celebration.

Camp Rockmont has to be one of the greatest experiences a boy can have. Very thankful my grandsons have this opportunity. I love the news articles!