Disc Golf and the Kingdom of God 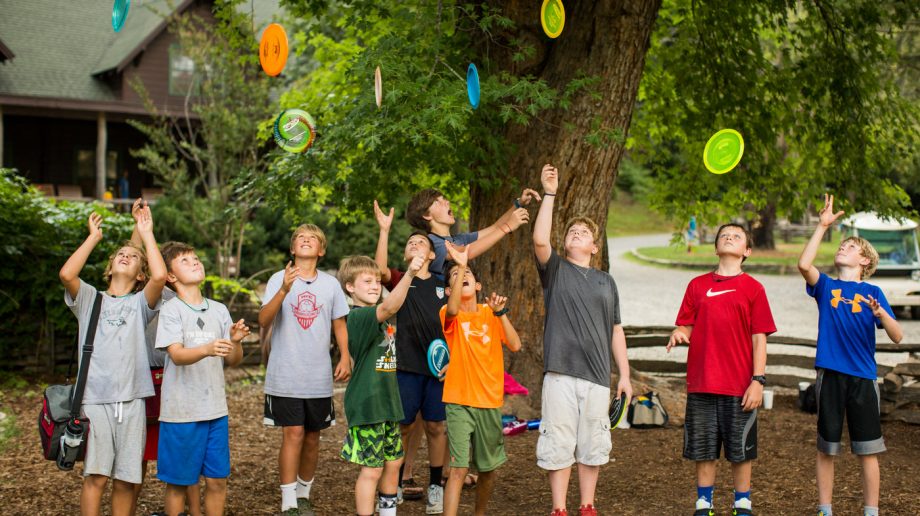 Jesus talked a lot about something he called “the kingdom of God.” He preached about the coming of the kingdom, taught us to pray for it to become real “on earth as it is in heaven,” and he began many stories and parables with the words, “The kingdom of God is like . . .” Jesus hoped for, preached about, and embodied a joyful social reality governed by forgiveness, generosity, truthfulness, reconciliation, and peace.

Still, as much as Jesus talked about the kingdom, he never finally defined it. He invited many to enter it, and promised it to the likes of children, the poor, and the persecuted, but in the end, he left its borders undefined. He left a lot to our own imagination, wonder, and faithfulness.

Today, I was playing disc golf with a group of campers and their counselor. For all of them it was their first game of disc golf on their first full day at Rockmont, and by the end of the second hole I was struck by the way they were waiting on one another to throw their discs. Waiting is an act of caring for one another because a wayward disc can hurt quite a bit if it hits you. It seemed to me like they actually cared for each other, which is no small thing. But they were also giving golf claps whenever someone made a good throw, and they celebrated when a disc reached the basket. Perhaps most impressive, they seemed to be telling the truth about their scores.

I thought, “The kingdom of God must be at least a little like a group of young teenagers, from many different places and backgrounds, agreeing to play a good game of disc golf on a misty mountain morning.”

Tonight’s Scripture: Luke 9:10-17
Story: Jesus Provides More than Enough
+ Where do you see yourself in the story?
+ What’s the good news?

Disc golf is on analogy for life. It is great you saw what a little game can do for camaraderie, compassion, empathy, and humility. I’m starting a club called Disc Golfers for God! We will be disc golfers that go into our community to do what we can. Volunteer work and such.