Creating Fun along the Way 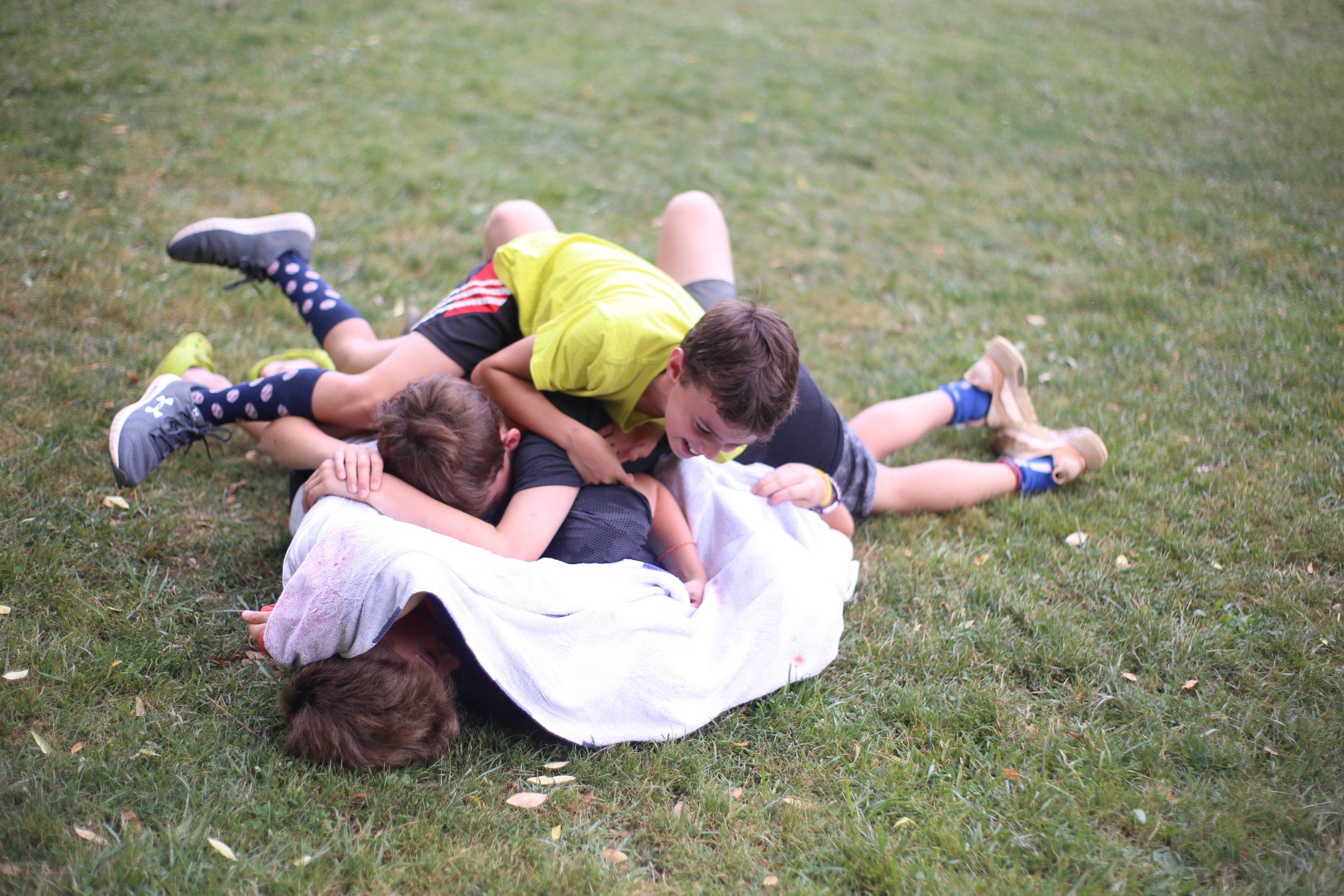 Days at camp are full of programmed times: skills, morning watches, tribal activities, good meals, evening activities, free swims, and devotions. They are PACKED to say the least, and I certainly sleep well in the evenings.

Many of the questions I ask Bear Campers throughout the day are absolutely related to these activities: What’s your favorite skill right now? How was the massive game of Battle Ball yesterday? How’d you like the BBQ Chicken?

And, some of my favorite camp memories are from the in-between times — the times that weren’t dedicated to a Tribal Director’s daily plan or the master schedule.

On Monday, Sean spoke about navigating to skills for the first time. First Mondays of sessions are some of my favorite days: looking out over the grassy area in front of the lodges; fielding questions like, “Where’s Air Riflery?”; and witnessing older campers showcase leadership by walking groups of younger campers to the skills they’ve been excited about since before camp began.

Yesterday, Justin Hart, the Assistant Staffing Director, and last year’s Birch Tribal Director described one of my favorite moments of the summer so far: an elongated Thor Guard in the dining hall directly following breakfast.

It’s always incredible to see the creativity of our Tribal Director’s in action. We also go to experience “Trey Says” for the first time as a camp: basically Simon Says, but led by our Assistant Program Director, Trey Braud. 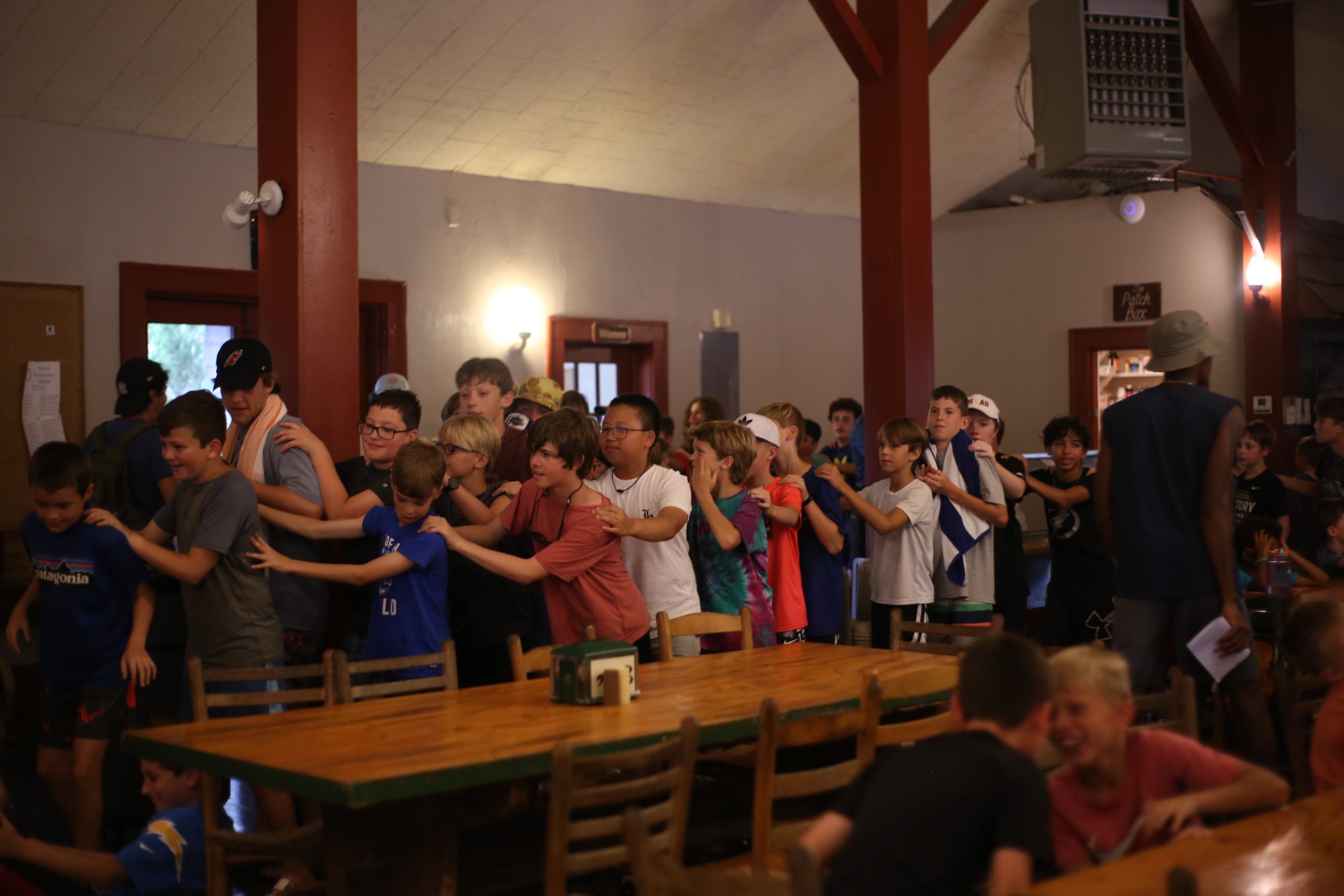 This is the magic of camp.

Finding the fun in the in-between, unscheduled moments. I could tell many stories of my experiences as a camper, and the most fun and memorable experiences are always those that weren’t laid out on the schedule.

Naturally, my favorite moment of the week so far is right out of these in-between moments.

On the first night of camp, while Mountain and Deer Camp headed to their first council, Bear Camp got full reign of the camp for a giant scavenger hunt. It’s both incredibly fun and serves to orient the campers to their surroundings/skill locations.

I joined in with Cabin Seven for a good portion of the experience. Like many cabins navigating camp, they didn’t just go to Homesteading, they found adventure, running between the groups of trees located on the Golf Course like they were on a secret mission.

They didn’t just walk into Eden Hall and get information about where and how they eat, they danced in as the program staff were cleaning up from the evening’s dinner. Two campers even grabbed brooms and treated them like guitars and microphones, forming a duo as the campers acted like adoring fans.

Toward the end of the evening’s excursion, one of the campers found an incredibly smooth river rock and proclaimed:“This is KEVIN, this is our cabin mascot.” It didn’t take any convincing for the campers or counselors.

This, indeed, was KEVIN, and it absolutely has been their cabin mascot.

They marched with Kevin to the Roundhouse, where they received several sharpies of various colors, and a name tag, upon which they wrote the name of their new metamorphic friend. 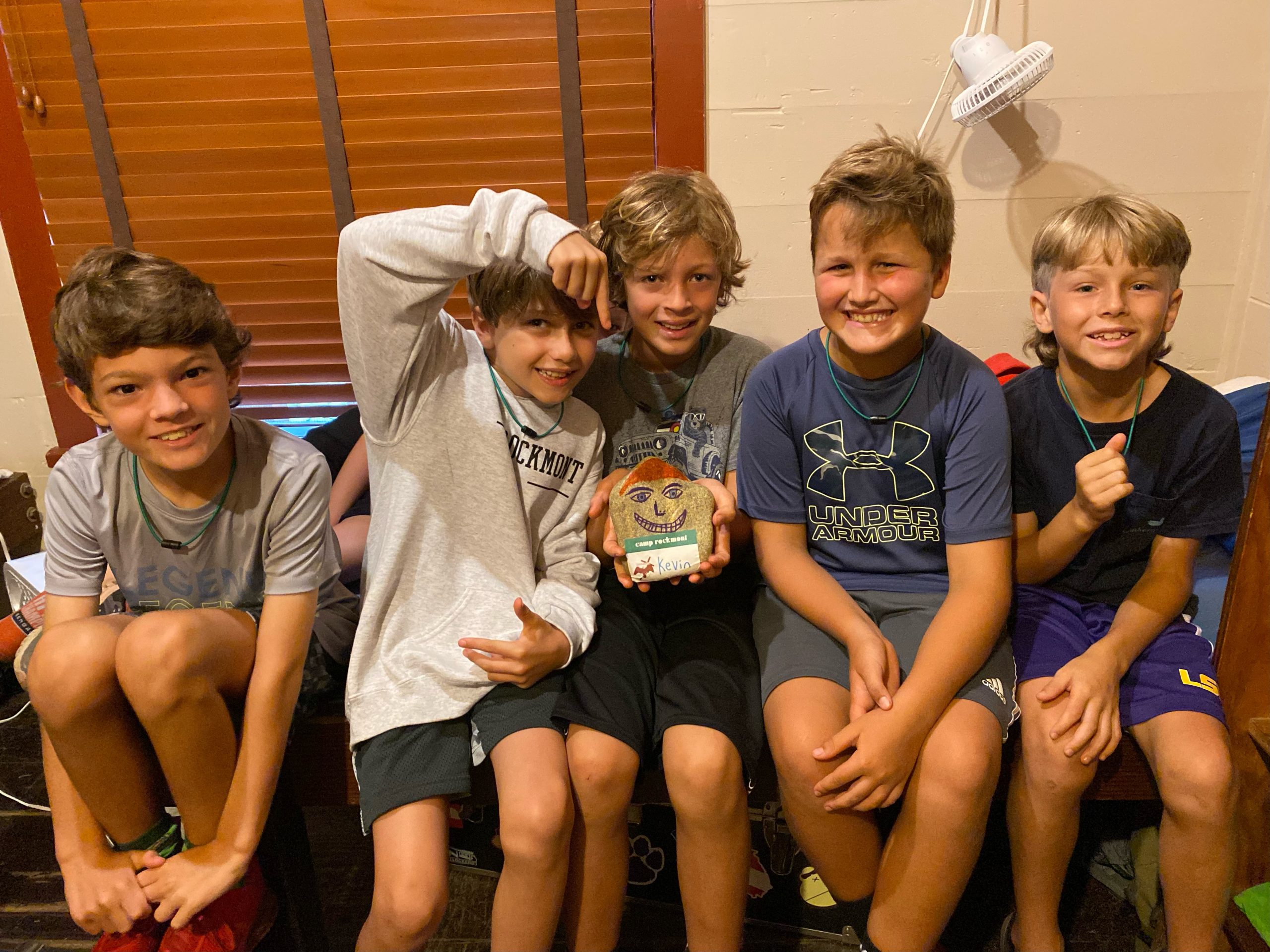 I’m continually impressed by the creativity of the campers and the way in which our staff foster this type of energy and fun.

Kevin now has his own bunk in the cabin, and TD Henry reported it certainly increased their chances at winning the first Cabin Cleanup. He added, “They better provide Kevin with a Cheerwine for his efforts!”

We’re off creating fun along the way, and we hope you are too!