Crawdads, Blobs, and other New Things 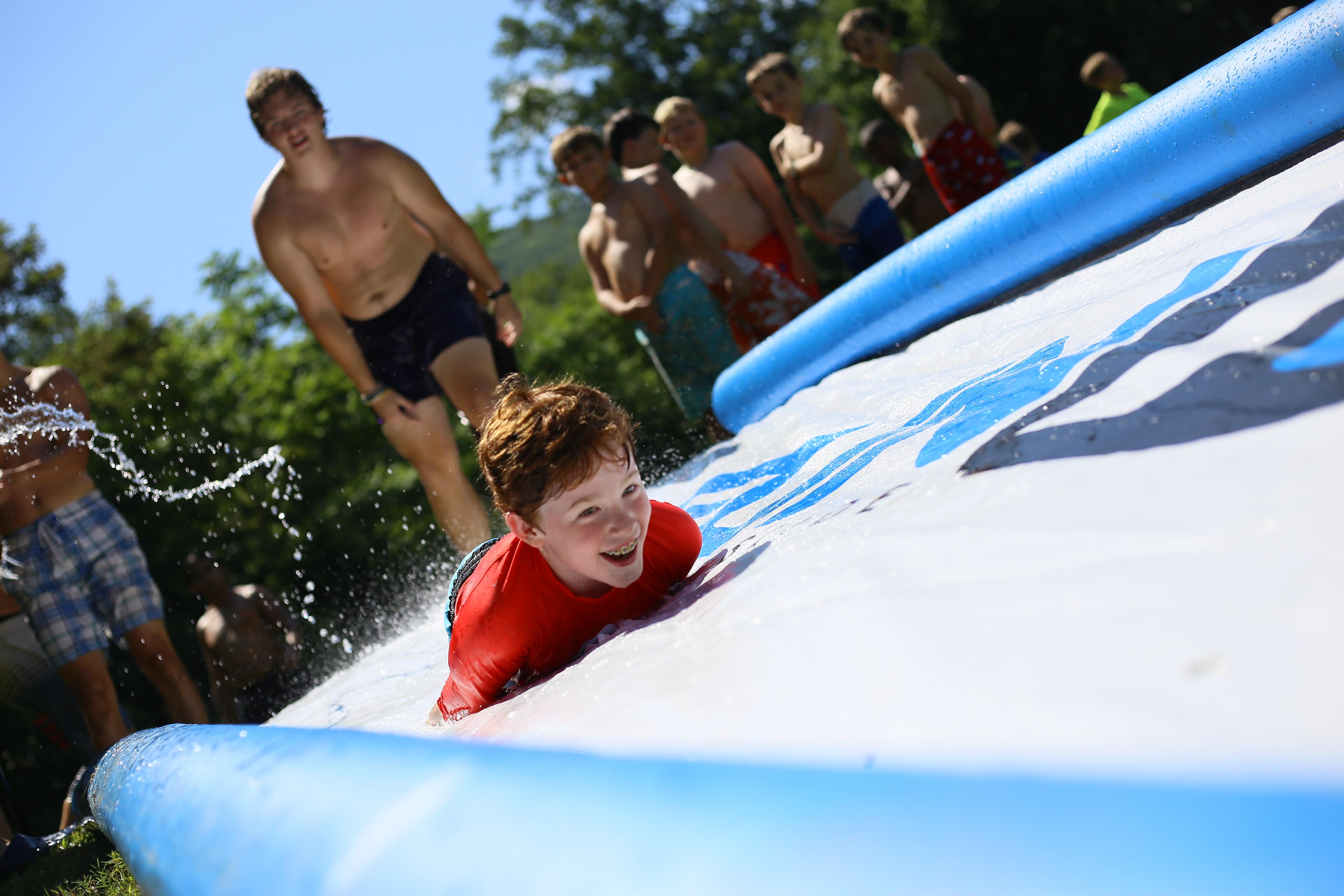 Camp is full of firsts. Regardless of the age and how many years at camp, there are still always plenty of firsts to be had. Some campers are experiencing being away from home for the first time. Some are sleeping outside for the first time. For some, it is their first time rolling a kayak or climbing a cliff. For some, making friends with someone from a different country is a brand-new experience. All of these firsts are epic in their own way. Yesterday, James from Cabin 6 was considering blobbing for the first time.

If you have never blobbed, it is something to behold. Just getting on the thing is a challenge. Land incorrectly and you are going to slide right into the water. First, you have to hit the “X” on your backside. Then you crawl forward and sit on the designated spot to await “take off”. You can’t really see the person who is blobbing you. You sit cradled in a puff of canvas material, staring forward at where you are headed in just a few moments. You here the bounce of the diving board, a couple of agonizingly long seconds pass and….WHOMPFF!!!, you are suddenly launched up and out at funny and awkward angles, before splashing down in the water. You come up to the laughter of friends. It is an exhilarating and memorable experience. If it is not already obvious, it is also an intimidating experience to consider for the first time.

James has been thinking about getting blobbed for some time. Yesterday, James decided to give it a go. He stepped up and jumped off. Next stepped up his cabinmate who outweighs him by 25 pounds. James heard that bounce, felt the deafening silence……and then took off like a rocket. When he burst to the surface, he wore a big grin and could hear the cheers of his cabinmates.

It was a full day for all of our Bear Campers. Besides spending time on the waterfront, they went down the slip-n-slide and played a version of capture the flag called “Risk” out on the beautiful hemlock covered field that was once our three-hole golf course. In the evening they played dodgeball in the gym.

For many campers in Deer Camp, our middle age group, the last 48 hours have been full of firsts outside in the woods. Even if they have been camping before, they may not have been on this type of expedition… two nights out under the stars, climbing to the top of a mountain today, restocked with supplies by our horseback team last night. It’s one of those experiences that sticks with you, filling your reservoir of resilience, reminding you for years to come that you have what it takes.

Our oldest campers in the Sycamore Tribe just got back from a two-night adventure at the base of Mount Mitchell on the South Toe River. Everything is just a bit wilder in those parts. Mount Mitchell is the tallest mountain east of the Mississippi, and the valley beside it is also one of the oldest in the world. The massive rounded river stones found in the stream by the campsite attest to eternity and mystery. I’ve caught a lot of crawdads in my day and the largest came out of the South Toe. There’s something about crawdads and things in the mud, things that hoot in the night… things that are hard to understand. They speak to us afresh about life and the meaning of it all. They speak to something ancient and brand new at the same time. They train us to listen with curiosity to the new things our Creator is saying all the time and everywhere.