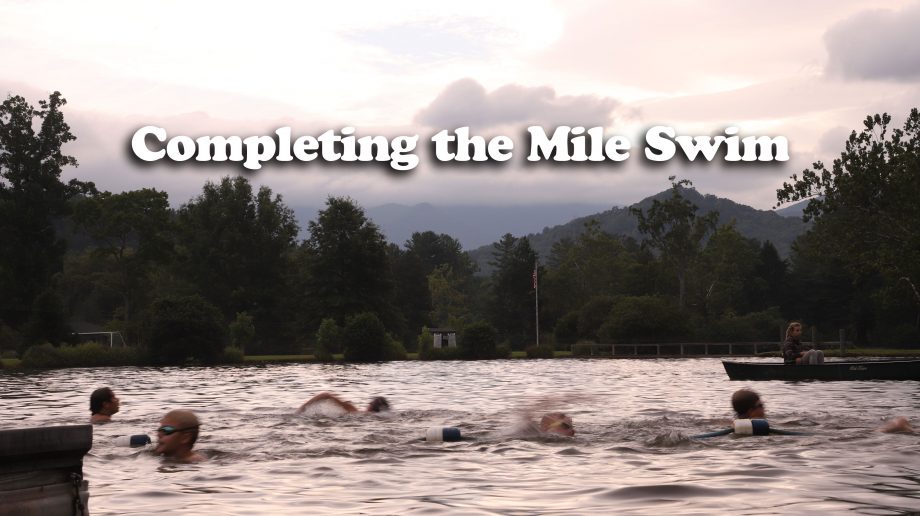 The weather in Western North Carolina can vary vastly.

We have had some rather hot days in the low 80’s, we’ve had some nasty rains, and it’s been remarkably cool the last few mornings, dipping down into the mid 50’s.  For many of our deeply southern campers, it’s almost like winter all over again.

The weather can sometimes be a challenge, but it also can add to the adventure. 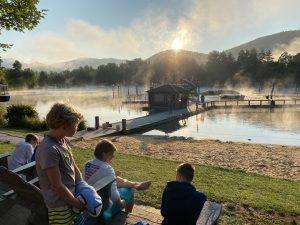 This morning, the chilly temperatures certainly added a little twist as 34 young men emerged from their beds, way earlier than the rest of camp. As the mist was rising from the lake, they prepared for the Rockmont Mile Swim.  Many more qualified and signed up, but only 34 committed, determined young men rose to the occasion and actually showed up.

Just showing up is so huge.

In a time that so many are quick to find excuses or reasons to quit, or point fingers to shift blame, it is impressive to see these young men accept a challenge and follow through. It was a picturesque WNC morning, and an even more incredible scene to see those 34 gritty swimmers slide into the water and push themselves to swim a mile before most others were even awake. 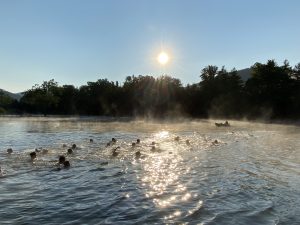 Remarkably, this morning, all 34 swimmers completed the challenge!

Normally, most, but not all of the guys who swim are able to finish, but this morning, we were at 100%. I have been here a long time and honestly can’t remember any other time where every single swimmer who started, also finished. We usually have several guys who have the best of intentions, but for whatever reason, just can’t make it to the end. Which is fine – there is no judgement or shame in giving something your best shot.

We like to reward effort and desire, and don’t ever want anyone to feel defeated by falling short.

At least they tried, which, in itself, is impressive. But early this morning, all 34 swimmers found complete success. Their determination paid off; they put in the effort, followed through with what they said they would do, and they now feel the satisfaction of the sweet success of tackling a difficult challenge.

I know they are proud of what they accomplished.

We pray that moments like this will sink deeply into their souls and feed that desire for success, accomplishment, pride, and pushing oneself to go beyond their perceived limits. I know 34 young men that learned that this morning. 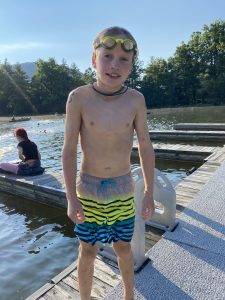 I hope that the rest of this session is full of fun and friendships, but even more, I pray that it is also full of those types of challenges and growth experiences for all our campers.

Blessed is the one who perseveres under trial because,

having stood the test, that person will receive the crown

of life that the Lord has promised to those who love him. 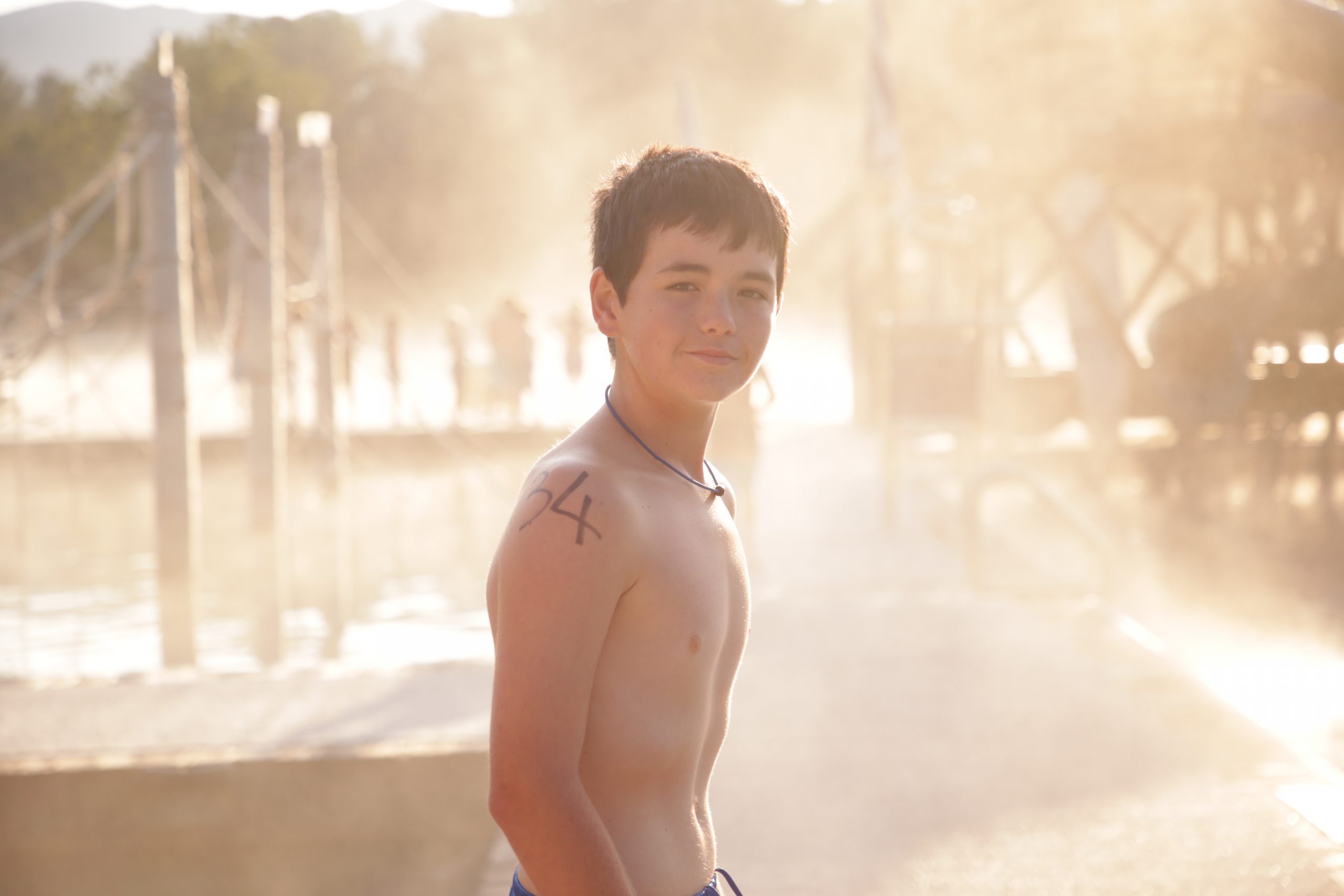 Hip hip hurrah for every one of you … Thanks, Stevie.

This is absolutely profound!
The stick-to-a-tiveness that you explain with the drive and determination Steve of the young campers is remarkable. May this be a teaching moment for this generation as they grow up to become young men and leaders! Thanks for a phenomenal article

Great post Steve! When I picked my son up, this was just one of the great experiences he enjoyed sharing with me on our ride home. How other campers were trying to trade him for that black band…and the regret they had for not making the effort to get up that morning. Like you said “Just showing up is so huge.”

One the most simplest yet critical of Christ loving behaviors. I love it. Thank you for facilitating and being making a HUGE memory for my dear son possible (you & your brother made many for me too when I was there BTW). You Rock Steve!