Building a Culture of Service 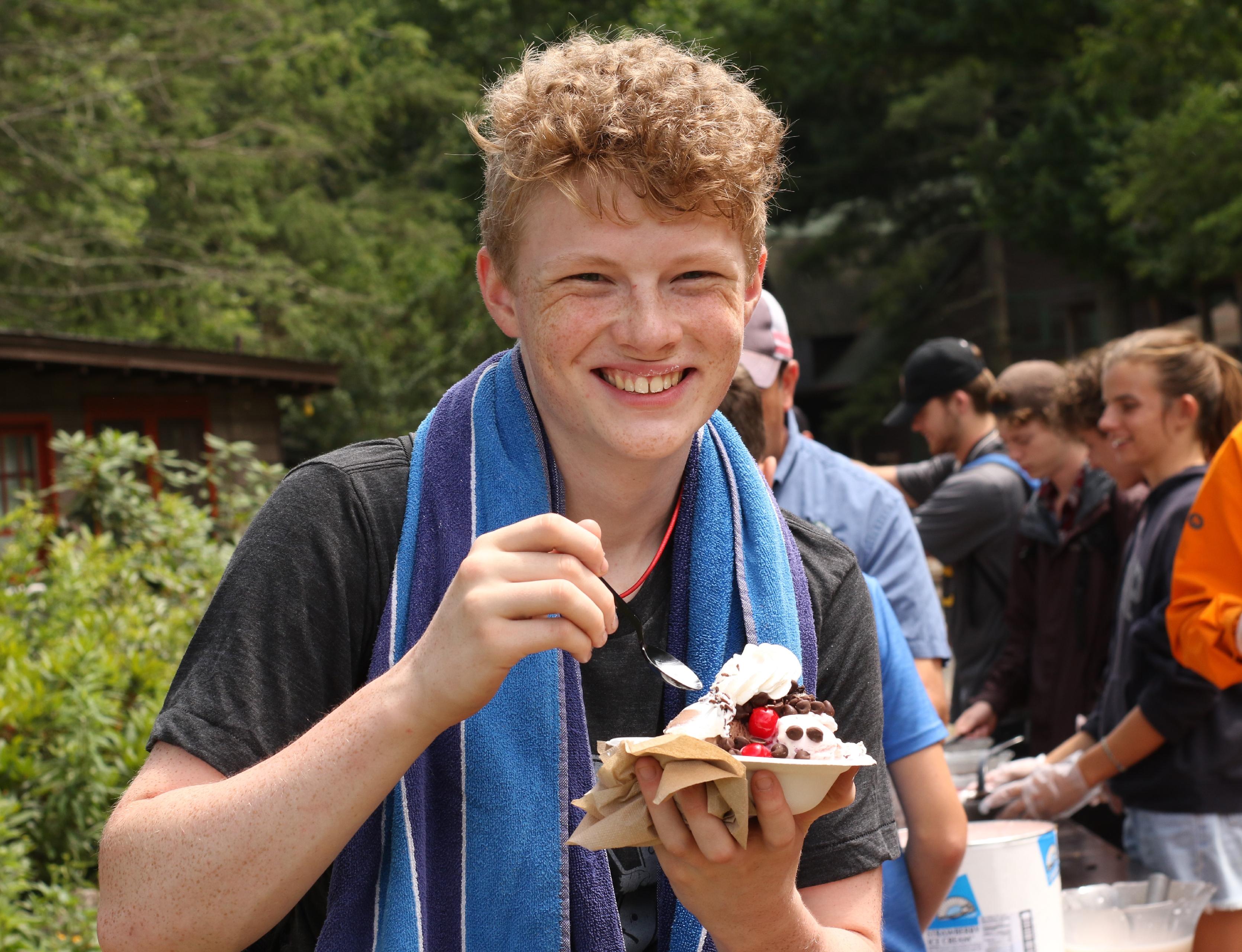 This afternoon I hiked to nearby Lookout Point with members of our new Service Leadership Corps (SLC). Lookout involves a short, steep ascent to a spectacular view of the Seven Sisters and, beyond them, the majestic Craggy Mountains (in which Rockmont sits). We took the hike at a blistering pace. I was glad to keep up, actually, but I was energized by the group.

The SLC is composed of young men, predominantly 17 years old, who volunteer to serve for 4 or 5 weeks. They work almost every meal serving food to Bear Campers, family style. Then they sweep, mop, and wash dishes. They also assist in skills and with the zip line. Their leaders, Jeff Bowen and Brooks Ballard, occupy the rest of their time with leadership development and outdoor adventures.

On the way up the trail, the SLC members told stories about the Bear Campers whom they serve at meals. They seem to know these Bear Campers by name and to enjoy their antics. I’m not sure the SLC members were aware that one generation of young men was welcoming and shaping a new generation of boys, but it was gratifying to hear them tell stories about the new Rockmont personalities following in their footsteps. I was glad that our Bear Campers have young men like this to befriend and emulate.

These SLC members are positive, intelligent, kind, and hilarious, and they have quickly formed an important community at the center of camp life, which is Eden Hall. So much of camp life revolves around the three meals that we share together. We sing our way into every meal there, and then we catch up, tell stories, and give thanks. We now give thanks for the contagious community called SLC and the new life they have brought to this good camp.