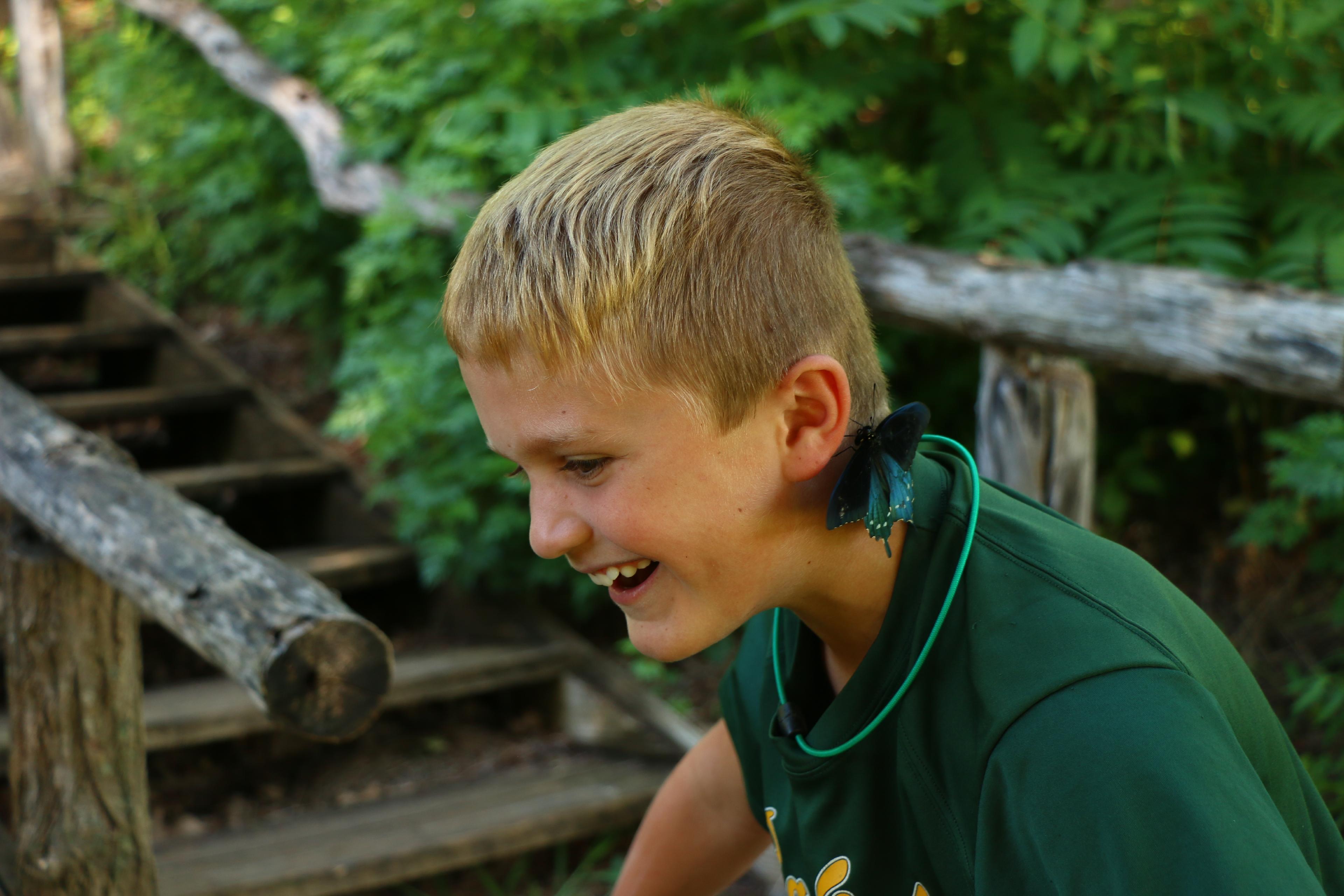 We talk a lot about growth at Rockmont, but transformation seems like too much to ask. Growth itself is a tall enough order, and finally even growth is a mysterious process that is beyond our control. Transformation seems beyond our reach entirely. Think of caterpillars becoming butterflies. We aren’t aiming to send back different people than the ones you send us, so take this with all appropriate disclaimers, but I think I have seen authentic transformation happening.

Today our creative and energetic Deer Camp Director, A.J. Stewart, intervened in a cabin of young men who were having some trouble breaking free of old patterns of disrespect and division. He’s been working with them alongside their counselor and TD, trying to help them imagine new ways of relating to each other, but old habits are hard to break. Finally, A.J. led them through a classic Rockmont work project: raking gravel.

For generations we have raked the gravel roads at Rockmont to keep them fresh. It is an odd chore, at first, until you see what a difference it makes. We line up next to one another, dragging a couple of rakes each down the road and back up the other side. Apparently these campers did not much appreciate the work until they looked back and saw how those rakes dig embedded gravel out of dirt, raise it up, turn it over, and make a small part of the world appear fresh and new again. A.J. recognized a good opportunity for a lesson: “You can be a different cabin guys. You don’t have to be stuck in the dirt either.” After the work A.J. led them to the lake, and they each jumped in after shouting one old habit they wanted to leave behind for the sake of becoming a new cabin.

Typically, when someone damages something or hurts someone, the reaction is punishment, but A.J. was after something different. He was after transformation. He wanted the cabin to be restored and renewed, not just punished, but that required some creativity, faith, and grace. Who knows whether these campers will finally break through into new patterns of acting, feeling, and talking about each other? That’s impossible to say, but I have seen transformation happen before around here, and there’s good reason to hope.

Last night Andrew Ginn and I checked on the Birch tribal campout just after sundown. They were cleaning up from dinner and making s’mores. They had to wash and sanitize their plate before they could get a marshmallow. After approved plate-washing they had to find a proper marshmallow stick, which can actually be hard to find in the dark, and I knew something unusual was happening when I noticed them sharing sticks and helping each other find the right one.

Ordinarily, with a limited supply of marshmallows and chocolate, and high demand from hungry boys, you might expect people to carefully guard their marshmallow sticks, if not weaponize them, but something else was happening out there. Ancient patterns of distrust had been transformed, and a different kind of social group was emerging. These campers seemed to trust that they could share without the fear of missing out, and they were becoming something new.