Behind the Scenes, Part One: Self Confidence 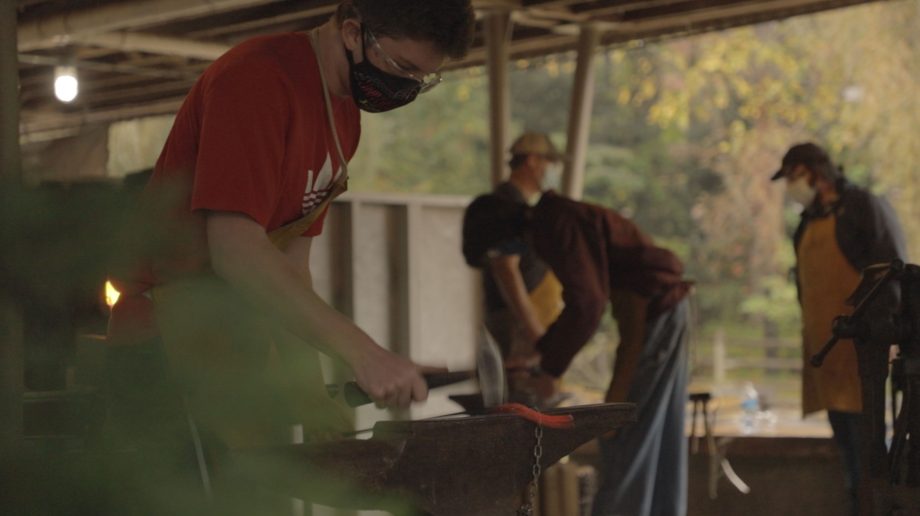 Part One: Self Confidence

Parents tell us that in the days after their son has been to Rockmont he talks mostly about all the fun he’s had, the friends he’s made and the staff he’s gotten to know. But the number one thing parents tell us about what they notice in their son following a session is how much he’s grown in self-confidence.

As directors, we spend a great deal of time developing our program in pursuit of five critical objectives for our campers: greater self-confidence, self-awareness, independence, Christian character, and leadership ability. In this article, I’ll provide parents with a behind-the-scenes look into how our skills and tribal activities are designed to build the first critical objective, self-confidence, in our campers.

Campers typically choose six skills in advance from over thirty offerings. On the first full day of camp, they go to all six; after that, they can switch to different ones, but only once. That process of selecting and changing – and thereafter standing by the choices they’ve made – imbues them with a sense of ownership.

Our skills are designed to be progressive, meaning from day-to-day, and from year-to-year, the techniques build on themselves. It’s all about individual mastery, not competition. There is much confidence to be gained in continued progress, and our skills staff is trained to recognize and applaud incremental successes.

Dan Davis, our Director of Catalyst and Father/Son Programs, has a favorite bit of advice for our staff. “Say this to campers whenever you can,” he says: “Try that just one more time – I’m right here with you and you’re so close to getting it!”

The games we play are super fun, and they are also designed so that teams work together to solve a problem and contribute to a common mission. “Capture the Flag,” and all the variations of it, teach lessons of interdependence. Our staff is trained to identify a number of roles within the team so that each camper can make a significant contribution.

The staff knows that each team has to have the agency to make its own strategic and tactical choices, and with that freedom comes the opportunity to fail – which is a good thing! Even in the moments of failure, campers can find high points to celebrate and chances to learn and do better next time. Failure – and especially the process of failing and then continuing to try until you figure it out – builds resiliency. Resilience is the foundation of self-confidence.

“Trying something new, that naturally gets harder – but then pushing through each difficulty –  is an incredibly important building block of self-confidence.” – Mike Peckham

So, when your son brings home a tool he made in blacksmithing, ask whether he got it right the first time or if he had to keep working at it.  And the next time you hear tales of epic battles of “Braveheart” or “Gladiator,” listen for snippets of when the game taught life lessons.

It’s in those moments of joyful freedom that the lifelong benefits of the Rockmont Way experience take root!