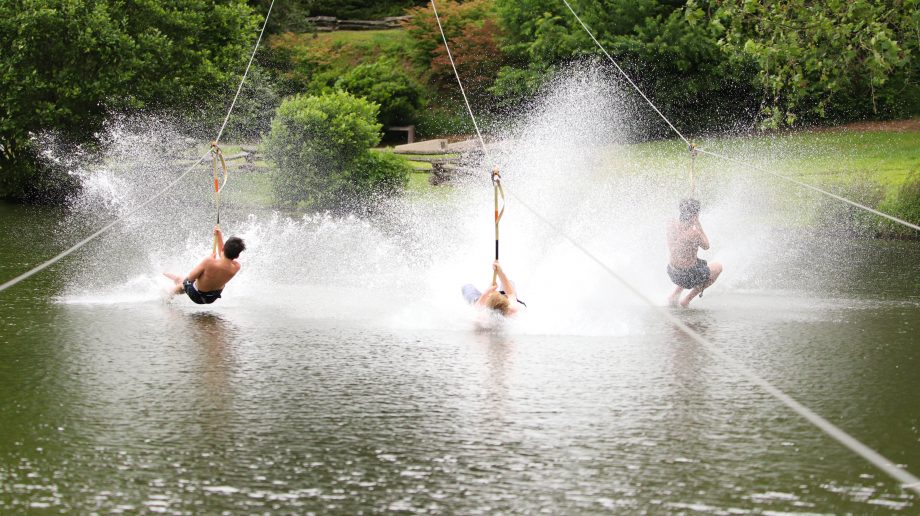 I asked a staff member named Daniel what was best about today. “I helped a camper go down the zip line who was afraid,” he said. “He didn’t think he could do it, but I just stuck with him until he could. That felt really good.”

Every summer camp is fertile ground for the cultivation of courage. We give children regular opportunities to sow courage by facing some of their own fears with faith, friendship, and sheer gutsy determination. Just showing up to summer camp takes courage for most kids (not to mention their parents). And once they arrive, they are faced with constantly recurring opportunities to step-up and do something good and hopeful in the face of fear. That’s courage.

I think courage produces courage. “Whoever has will be given more, and they will have an abundance” (Matthew 13:12). Being around courageous people helps produce more courage in all of us. I also think Rockmont cultivates courage by reminding campers every day that they are beloved children of a gracious God. Tonight, we are learning names and using them. Our campers will go to bed tonight having heard their name called countless times.

I am going to be encouraged tonight by the brave campers I have met and by their willingness to open themselves up to each other and to all the challenges of a session at Rockmont.

Tonight’s Scripture: John 1:43-51
Story: Jesus Calls Philip & Nathanael
+ Where do you see yourself in the story?
+ What’s the good news?