An Invitation to Silence 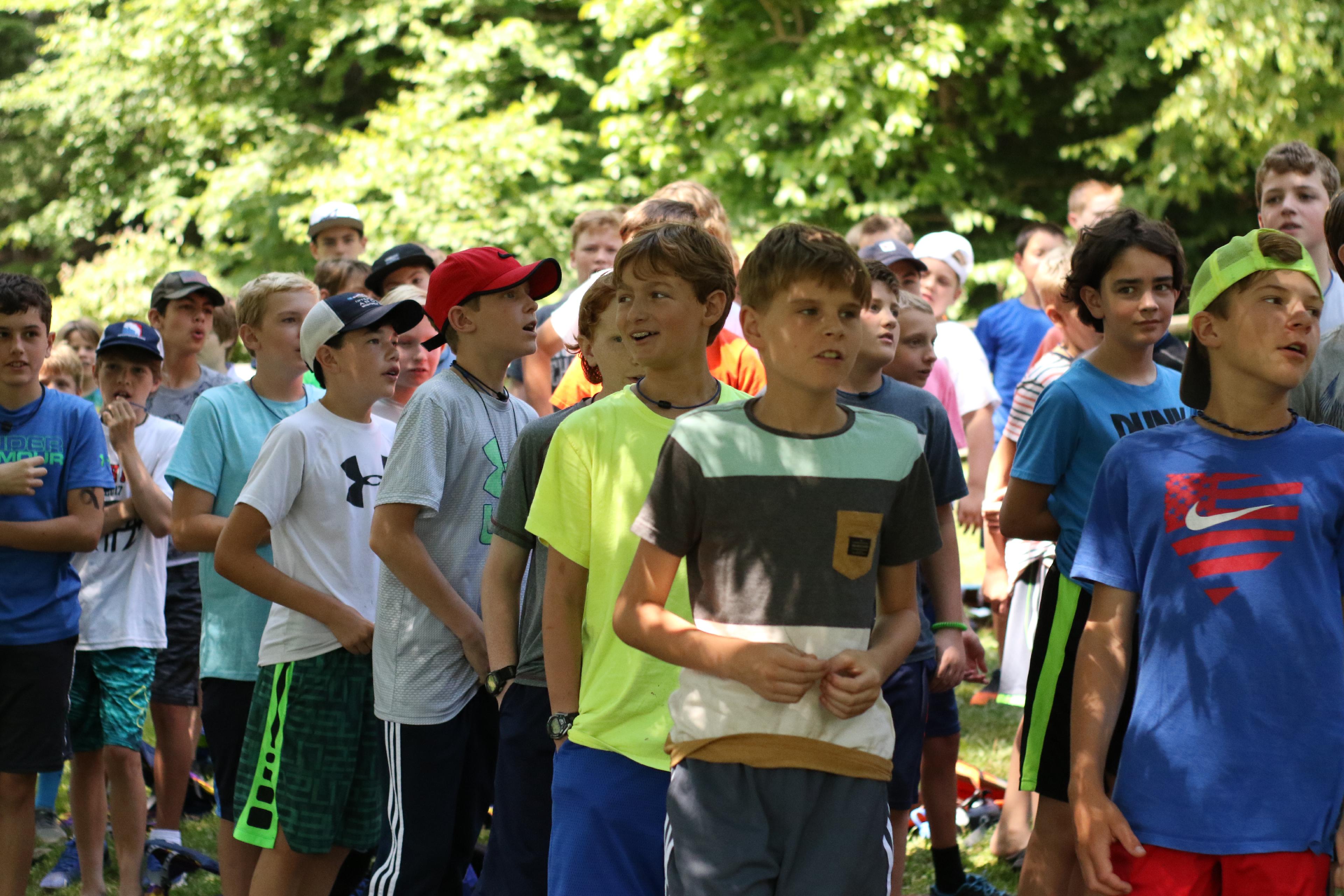 Silence at a boys camp?  Is that even plausible?  When was the last time you have heard silence in the midst of 400 boys?  My family and I live in the Mountain House, an approximately 1,000 square foot house in the middle of the Mountain Camp cabins.  I have a 5 year old son, 2.5 year old son, and twin 5 month olds (son and daughter).  Silence is not something often found here.

Where silence is sparing, noise is in abundance, and noise can be a great thing!  The sound of campers planning out their strategy in a camp wide game, the conversations around the lunch table, and the hushed whispers of rest period are all great things to hear.  It’s the sound of adventures being had, it’s the sound of relationships being formed, and it’s the sound of community being built.  It’s these sounds we miss when campers aren’t here.  But there is also a beauty, even a spiritual discipline of silence.  Before Jesus starts his 3 major years of ministry, he spends 40 days in silence and solitude.  Time and time again in the Bible, we see the call to silence and introspection.  Psalm 4:4, “Search your hearts and be silent”.  Ecclesiastes 3:7, “A time to be silent and a time to speak.”  Proverbs 27:17, “The one who has knowledge uses words in restraint.”  Clearly there is some wisdom in practicing silence and knowing when to speak.

It’s for these reasons we offer the chance to our campers to hold silence.   It’s a challenge by choice that happens once a week on Sunday nights.  After attending Council, a time that combines reverence with crazy fun, campers are challenged to hold their silence.  It’s a challenge by choice, and different campers take the challenge differently.  Some campers choose to speak shortly after council while others hold their silence until they sleep that night.

I get to work with a group of young men who are selected from Mountain Camp to join a service group we call Paladin.  These young men are challenged to hold their silence for a longer period of time.  I give them some questions to think about, some readings from the Gospel of John as well as a chance to serve their younger brothers all while in their silence.  After it is over, I am always amazed to hear what they have heard.  They have deep insights on themselves and on what it means to be a leader.  They feel more control over their language and find it easier to think before speaking.  It’s almost as if by limiting their voice, they open their ears and minds to so much more.

During this time of silence with these young men, I share the story of Elijah from 1 Kings 19.  Elijah goes up on the mountain because God tells him he will meet them there.  As Elijah waits, there is a strong wind that tears the rocks apart, but God is not in the wind.  Then there is an earthquake, but God is not in the earthquake.  Then there is a fire, but God is not in the fire.  Then, after all these loud earth shaking events, there is a still small voice of God.  God can choose to use anything to proclaim his glory, but I think he often chooses that still small voice or even silence to speak to our hearts.  I think it’s often the times when we can be still and pray, observe God’s work in nature around us, and read his word that we find the comfort and guidance from God that we desperately seek.

So I invite you to join us.  Join us in silence today, whatever your daily life allows.  Turn off your phone, turn off the TV and spend a few minutes in silence.  I encourage you to pray for your son.  Pray that God will speak loudly to his heart.   Pray that the things he learns here wont just be a part of a fun two weeks, but that the truths of the Gospel will become a part of him.  That he will know how well loved he is.  That in the times of noise and in the times of silence, God’s voice will be the constant.  Pray with us.  Join us, in silence.

Thank you so much for sharing such beautiful words. In our home, silence is golden….but hard to come by. I am printing this for both of my boys (who are currently creating noise on your property) to keep in their bibles – a wonderful reminder of Gods presence even during silence.

Blessings to you for all that you share with these boys,
Kathy Gregory

I remember with greatest fondness the Sunday nights of silence during the summers of 1979 & 1980 while working at Camp Rockmont. God used those two summers to give me clarity about my life calling and future profession. For almost thirty years I have served as a cross-cultural communicator of the Gospel in South America. SWB

My grandson will be attending Camp Rockmont for the first time starting today. My prayers are for him and all of the wonderful little guys attending as well as the camp staff is for God to keep them close. This is his first time away from his family and I know it’s going to be difficult for him and us. I have enjoyed your FB page and will continue to follow in the coming days.
Gratefully,
Amanda Roberts

So thankful for your ministry to the boys and young men. You have challenged me to be silent and listen to God. Gram to Lauren Brewer Baxter. Prayers