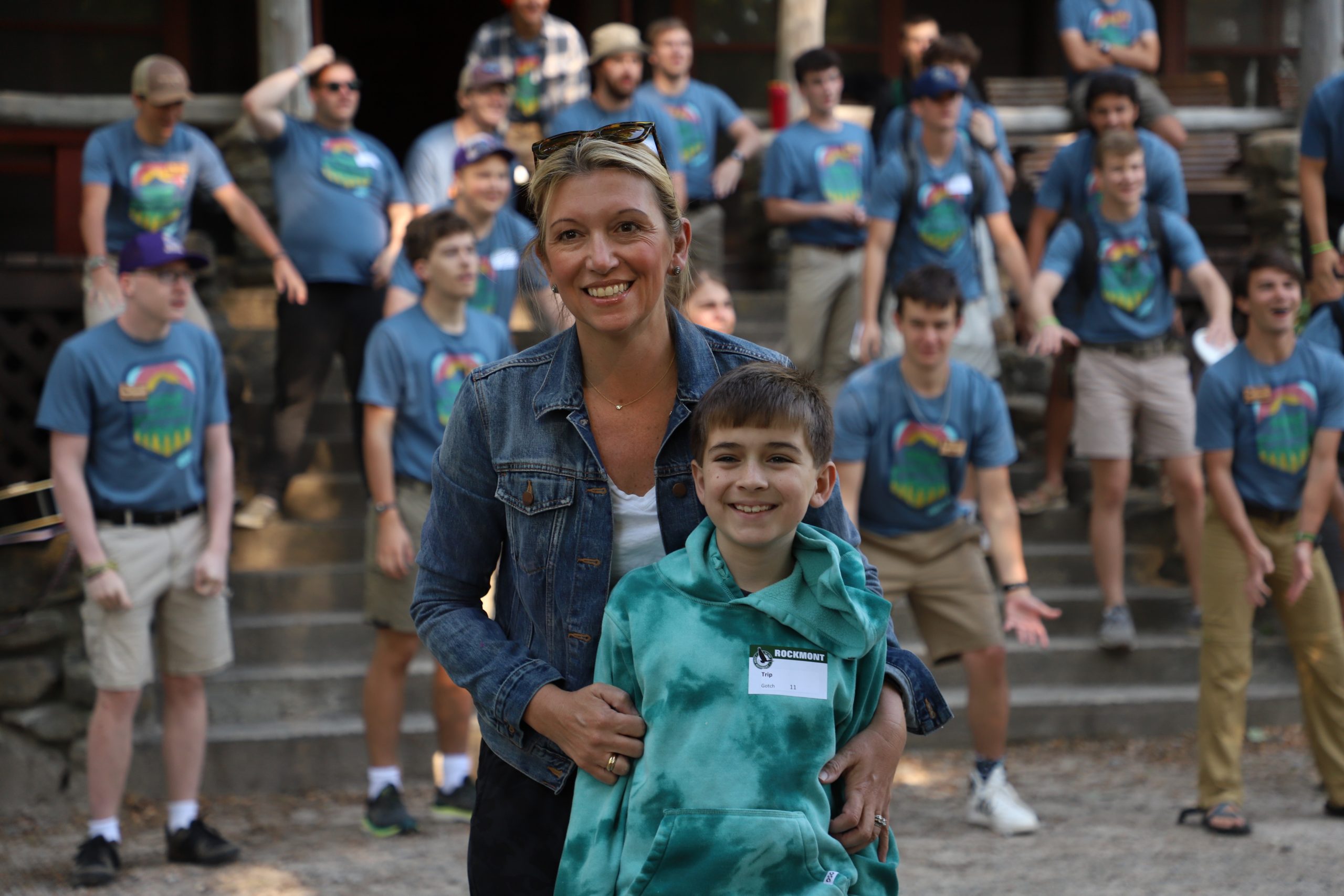 There was a steady stream of cars flowing through the gates this morning, and it seemed like every other one had a window down with a camper hanging his head out. It was a great image. I think they were as excited as our staff were.

Our opening day is a great event.

It’s designed to get the campers immediately involved and engaged. We began with the simple act of helping them make their own beds, which is both an empowering and a reassuring experience. And then we matched them up with a buddy and led them to the Waterfront to meet our lifeguards and take a swim test.

After the swim tests, the campers reported back to the cabin where the counselors began the good work of building friendships in the cabin.

There were games going all over camp! 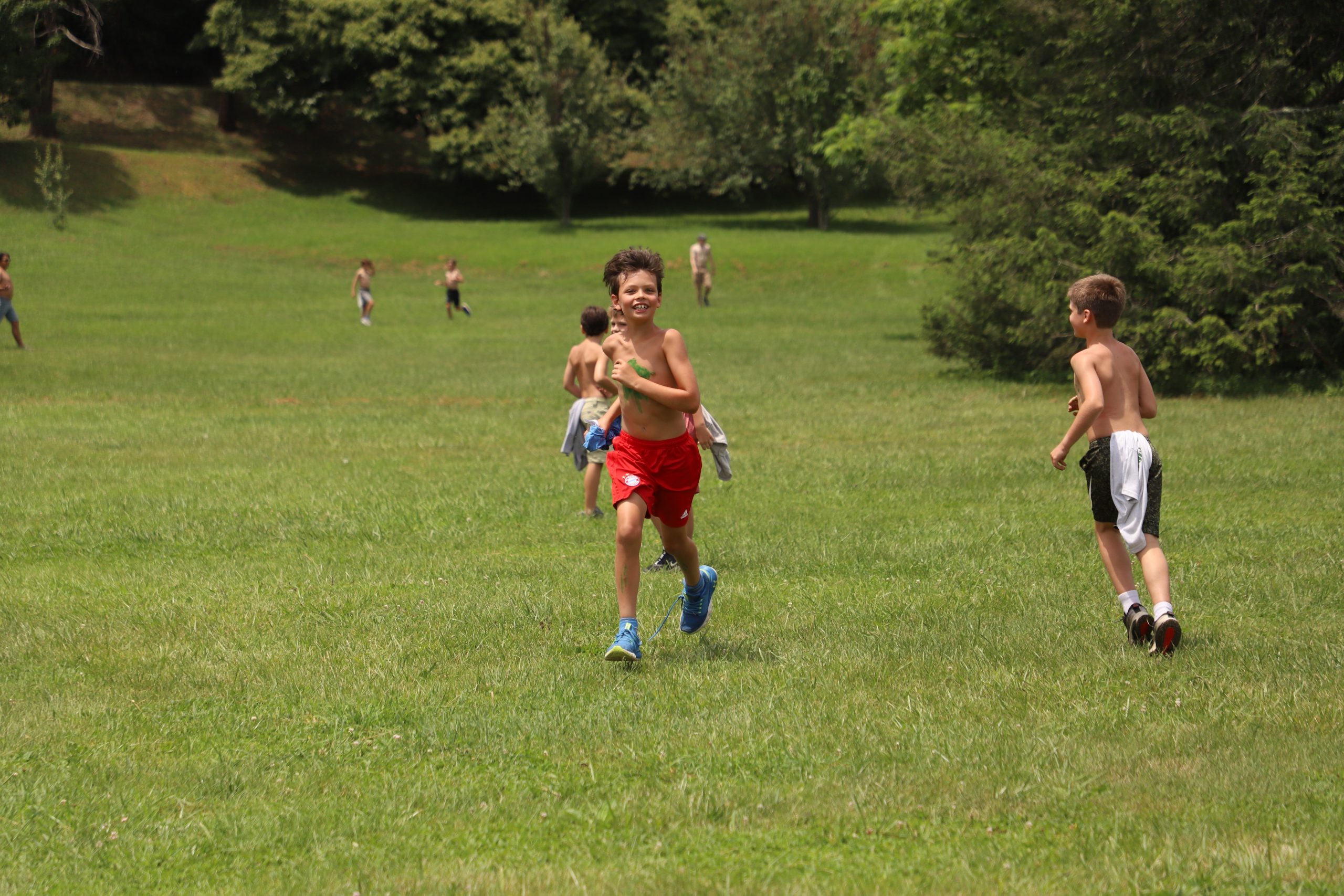 By the time they got to lunch, they already seemed hungry. It’s great to see kids eat well, and that’s what we want to happen. We want them to know they are going to have all the good food they need to keep energized for the session ahead.

After lunch we went straight into three rounds of highly active games (no rest period today), followed by a brief gathering at the retreat site to learn a few important rules. 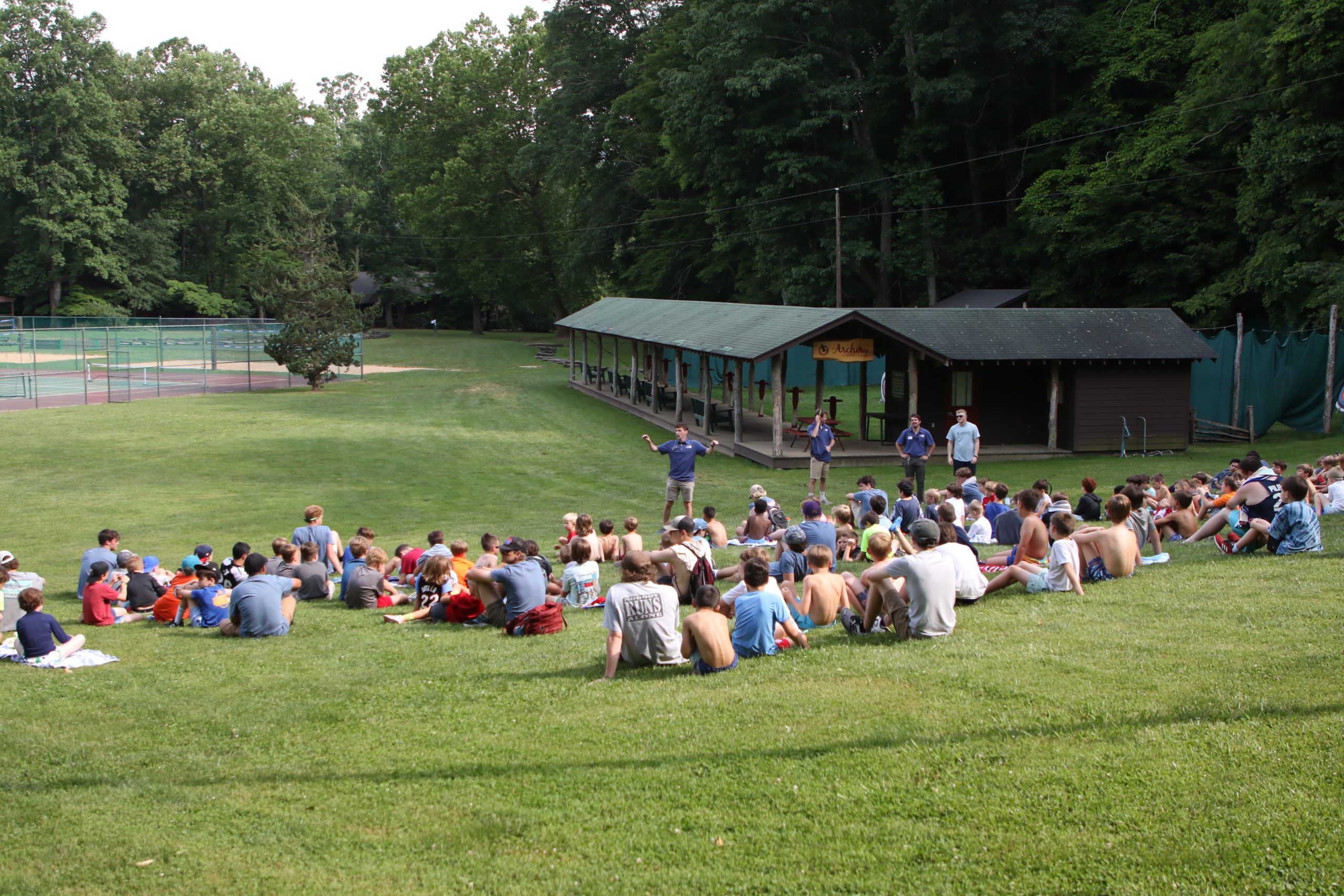 Then we open up for our first free swim! We opened up the zip line, the gullywasher, the blog, the web, and a brand new over-the-water climbing wall (our campers are finding out about this new feature today). 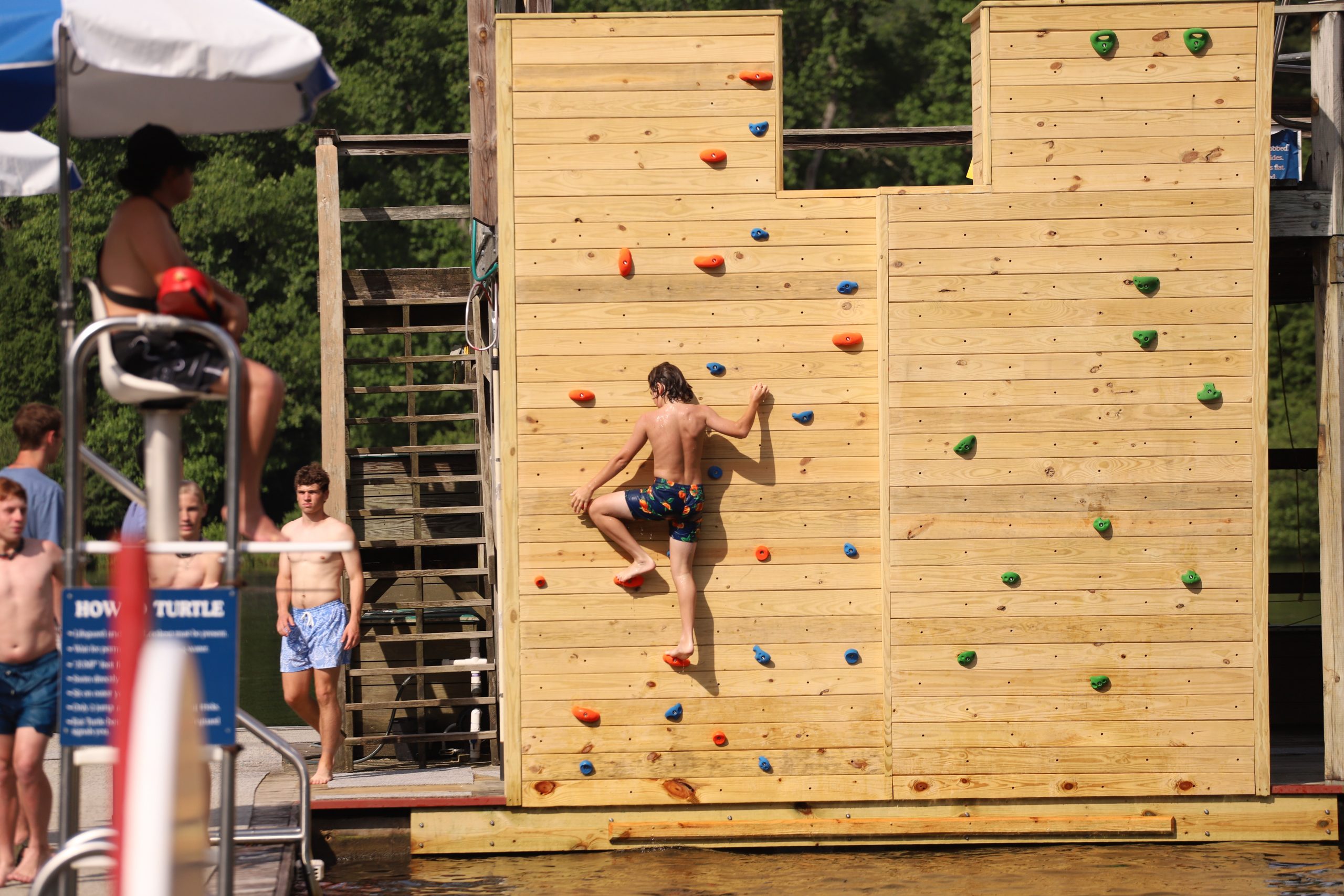 We also have eight new pickleball courts, a newly improved basketball gym, 9 Square in the Air, and 18 holes of disc golf. The counselors will be working with everyone to find the activities they want to try first.

We had barbecue chicken tonight, and I walked around to see if everyone was eating, and it looked to me like they all were. We definitely had to keep refilling the plates. They were hungry after the afternoon, and we wanted this to be a feast.

Right now, the Starter Campers are playing a scavenger hunt designed to help them learn their way around camp, and the Base Campers have launched the first shirt-tail-tag game of the summer. They are running through the woods across the lake. 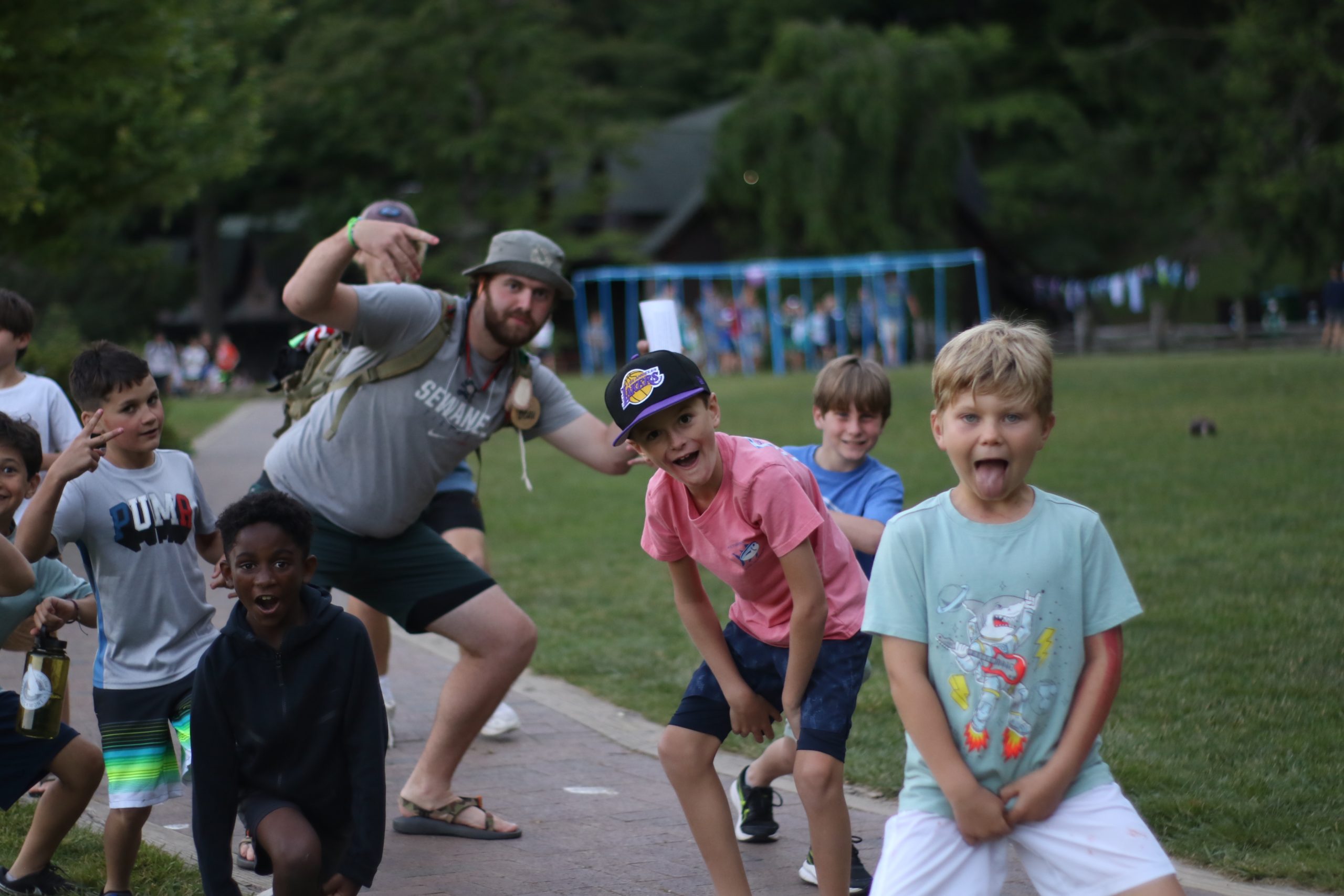 The sun is starting to set now, and it won’t be long before every cabin has devotions, and we turn the lights out on an amazing first day.