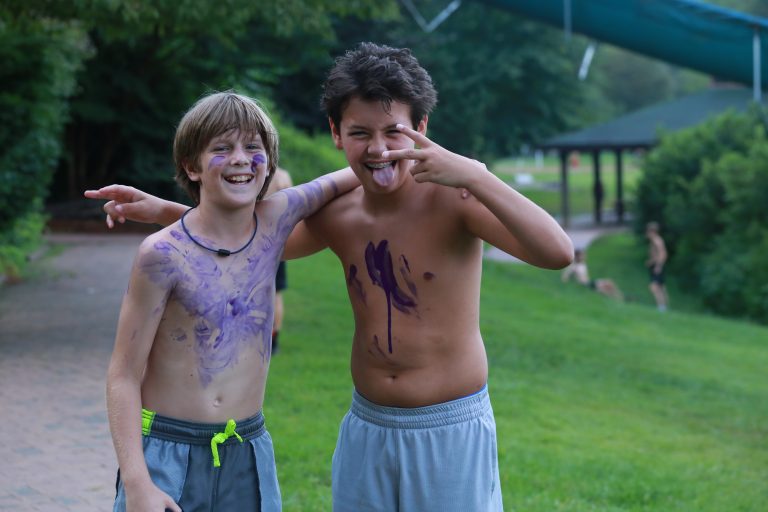 Saturdays at Rockmont are something special.

After allowing campers to sleep a little later, our breakfast consists of the normal staples – scrambled eggs, bagels, sausage, cut fruit, and something unique to Saturdays – sweet cereal.  Our regular hearty cereals quietly disappear for one day and are replaced with the highly sought-after Lucky Charms, Golden Grahams, Fruit Loops, Coco Puffs, and some other brightly colored, weirdly shaped cereal I have never seen before.  The campers love it as they frantically scurry around to get a bowl or two of their favorite sugary breakfast treat before they are completely consumed. Four hundred campers can put a serious dent on the sweet cereal supply real quickly.

Saturdays are full of some pretty sweet trips too. 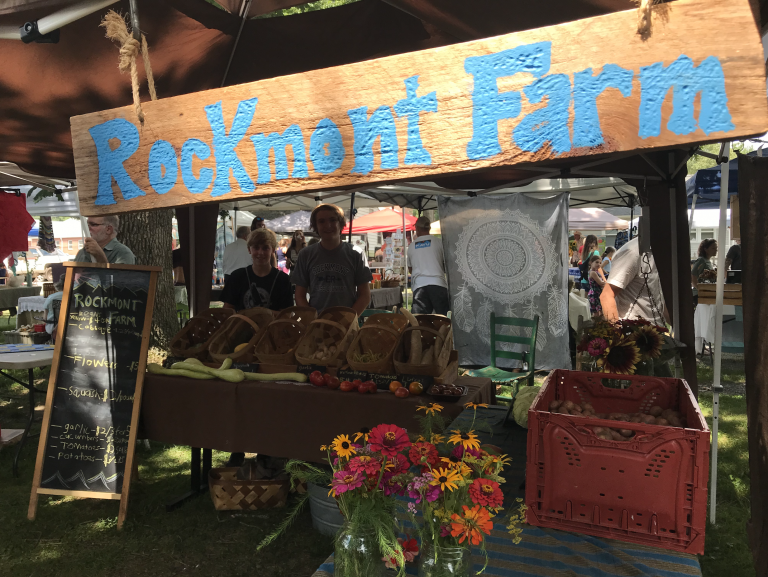 Several campers from our Homesteading Skill went into town and set up shop at the Black Mountain Farmers Market.  We also had several boys head off to Little Lost Cove with our climbing instructors for a natural rock face climbing experience.  Many of our Mountain Campers ventured off to raft the Pigeon River on the North Carolina/Tennessee border with guides from the Nantahala Outdoor Center while several guys from our kayaking skill took on the rapids of the Tuckasegee River near Sylva, NC.  The trails of the mountain were full of campers as well as our Bear Campers summited our mountain to check out the views from Choctaw Rock as they returned from their campouts. Sharing those trails were several campers on horseback taking a trail ride, eating a cookout lunch, and enjoying our beautiful property.  Not everyone was on trips, though. There were some sweet things happening around central camp as well.

Our Bear Campers used their morning to unpack and clean up after their campouts; their afternoon was spent competing in multiple events for their Waterfront Olympics. From sand sculptures to Blob contests, they had a great time on the water all afternoon.

The Deer Campers spent the morning playing Outbreak, a campwide shirt tail tag game. They then spent the afternoon cruising down the hill below Inspiration Point on our Slip & Slide before coming down to use the paddle boards, canoes, and Gully Washer.

Mountain Camp had cabin activities in the morning, so they were all over doing all kinds of sweet things. Their afternoon was spent playing a Percy Jackson, Lightning Thief – a camp-wide game.

As incredible as all that sounds, Saturday held moments that had even deeper meaning.

Working here has provided me with so many moments when I get to witness the depth of personal relationships – the greatest thing about Rockmont.

For example, a couple days ago we had one camper unfortunately take a nasty fall and break his arm. When he came back to Rockmont Saturday morning to pick up his things before heading home to heal, he was reunited with his cabin mates.  Watching them carefully embrace him, tell him how much they missed him, catching him up on the latest cabin news, and ask him questions about his experience was incredibly heartwarming. The genuine concern and love between them that had developed so quickly during the first week was so special.

Later in the day, I watched Bucky, one of our amazing assistant counselors, patiently play through an entire 9-hole game of disc golf with some of his Buckeye campers. Those little guys have big dreams but little arms and legs. Taking at least 5 or 6 throws for each hole and getting easily distracted walking from hole to hole had to have taken a long time, but Bucky was right there with them, the whole time, building relationships and being present with them.  It was super sweet.

Then, while hanging out at Hole 1, I witnessed two friends discussing disc throwing techniques, with the more experienced one taking the time to demonstrate a couple methods and work with his novice friend to improve his throw. I love the way guys support and help each other while they are here.

To top it off was something that happened between some brothers.

We have several sets of siblings here – brothers going off to camp at the same time.  I imagine for most of them, like me and my brothers, some sibling time together is full of arguments, picking on each other, or occasionally outright fighting.  But it is interesting how that changes at Camp. As the older brother was walking towards the van to experience his great adventure of the day, he thought of his younger brother.  He pulled me aside and asked me to check on his little brother at lunch to be sure he was doing okay. I was moved by how sweet that was. It was impressive to see how he was considering his younger brother ahead of himself, even as he was heading out on a big adventure.

But, even better was the reunion at dinner tonight. As I was walking by the younger boys table, I got to see first hand the older brother hugging and kneeling down to check-in with his younger sibling face to face at the table. Talk about sweetness! Witnessing that true brotherly love is amazing.

Saturdays are sweet around Camp Rockmont, from cereal to activities to relationships.

I’m thankful for sugar cereal – a big bowl of Lucky Charms really hits the spot sometimes.  I’m also thankful that we have such an incredible piece of property with so many awesome opportunities that each camper can find something that he can enjoy and excel in.  But I’m most thankful for the relationships that are built and deepened here between campers, between campers and staff, and even between brothers.

God is doing some beautiful things here, both in and through our lives, and you can see it best in the relationships.  That’s definitely the sweetest thing about Camp Rockmont and I guess that’s what has kept me coming back year after year.