A Challenge by Choice

Early this Wednesday morning, a group of Deer Campers set out on an adventure many of them had never tried before.

At the summit of Rockmont’s property lies Eden Rock. For decades, campers and counselors have taken on the challenge of hiking to this summit. The hike is steep, requiring campers and staff to stay focused on their feet and the steps ahead. The trail to its summit takes several sharp turns, including a counterintuitive one that leads to a brief downward sloping section.  At around 7.5 miles round-trip, it is truly a physical and mental challenge. 43 Deer Campers took this challenge.

We started this morning with an early breakfast at 7:30 am, nearly an hour before the morning reveille. I was greeted by the sight of bed-head and the sounds of young yawns as I entered Eden Hall. A few campers had that look of “maybe I should have stayed in bed.”

These faces reassured what I already knew:

Today was going to be an adventure!

This morning’s hike was a challenge-by-choice – Deer Camp was presented the challenge about 48 hours before it was to take place. It was discussed in the cabins to garner interest, and campers were able to decide what activity they would participate in Wednesday morning. 43 campers accepted the adventurous call for the early breakfast, and all 43 campers began the trek shortly after! 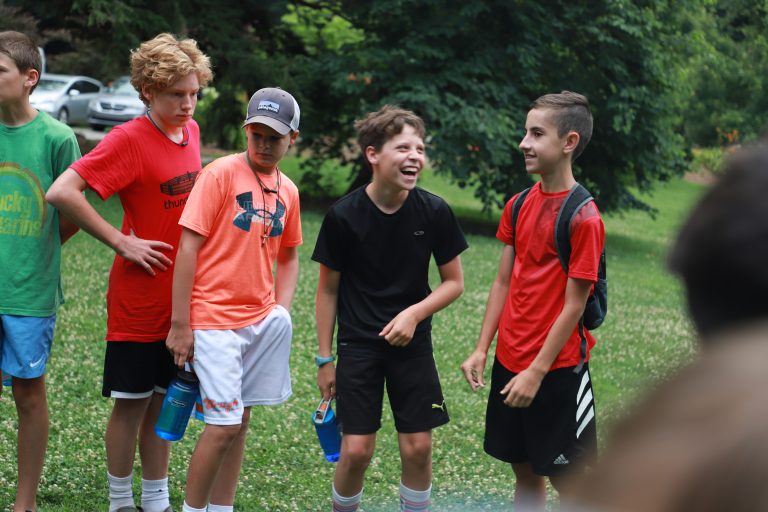 I find there can be incredible growth when opportunities for challenge are presented to campers. I believe when given agency in the challenge, we find a deeper level of growth and satisfaction.

We set out for the hike around 8:25am, about the same time that the rest of camp was waking up to the sound of the bugle. We entered the Eden Rock trailhead with high hopes and energy – every camper was ready to face this challenge head-on.

Leading a hike was not as easy as I expected. Like a parent on a long road trip, I think I fielded the questions “Are we there yet?” and “How much longer?” at least a dozen times. However, I found energy in the laughter and side-conversations with my hiking comrades –  the new Spider-Man movie and NBA free-agency to name a few topics of our hiking conversations. 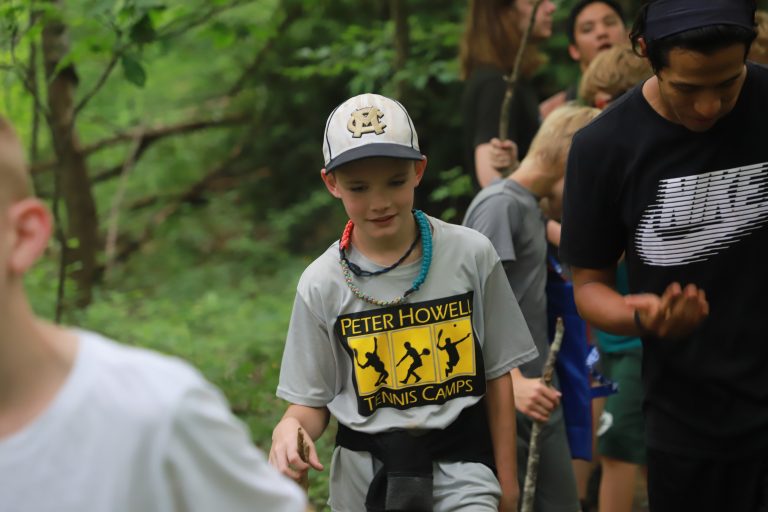 The Eden Rock hike can often be just as mentally challenging as it is physically.

However, this morning felt different. Everyone on the hike wanted to be there. They wanted to take the challenge, climb the mountain, and reach Eden Rock.

I could see the determination in each and every campers’ eyes as we made the final ascent. We made it to the top in what felt like record time! Everyone took a seat as I got to point out the parts of camp they could see from the summit. A few campers couldn’t believe how small the rocketry tent looked from way up above! As the counselors dished out high fives and everyone took a well-earned break, it was clear that the challenge had been accomplished. 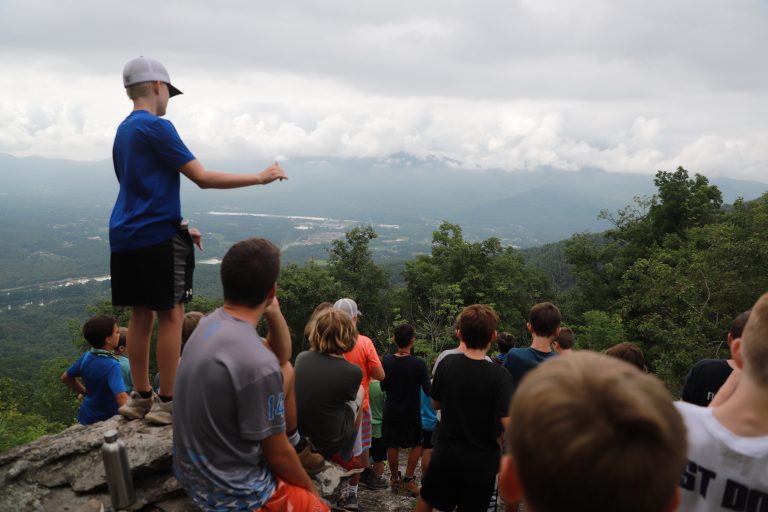 Our morning devotion was on Nehemiah (the cup-bearer to Artaxerxes I, King of Persia). Nehemiah, too, sought after challenges that arose in his life. Following news of the destruction of Jerusalem’s walls, Nehemiah took it upon himself to rebuild – a job that could only be completed if he left his prestigious post, relocated to Jerusalem, and successfully recruited a united workforce. Nehemiah took the challenge head-on and completed the construction in 52 days. He made a decision, showed up, put in the work, and completed the task at hand.

We should celebrate success, and we did today. Every camper who did the hike received a Camp Rockmont Eden Rock patch. It is our hope that the patch serves as a reminder of their incredible accomplishment – “I can do hard things.” 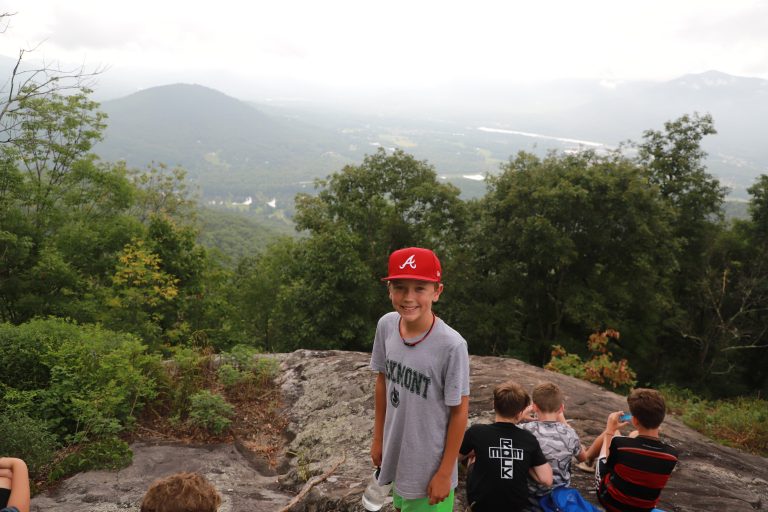 Earlier this week Scott Radbill called us to take on a challenge and celebrate the journey, success or failure. I want to affirm this call to action. Go after your challenge this last day before your son returns. He will be happy to hear that even you were challenging yourself in new ways while he was summiting Eden Rock.

P.S. The Eden Rock patch was stitched in Weaverville, NC by A-B Emblem – the same company that stitched the original NASA patch that was able to hitch a ride all the way to the moon. Now that’s pretty cool if you ask me. 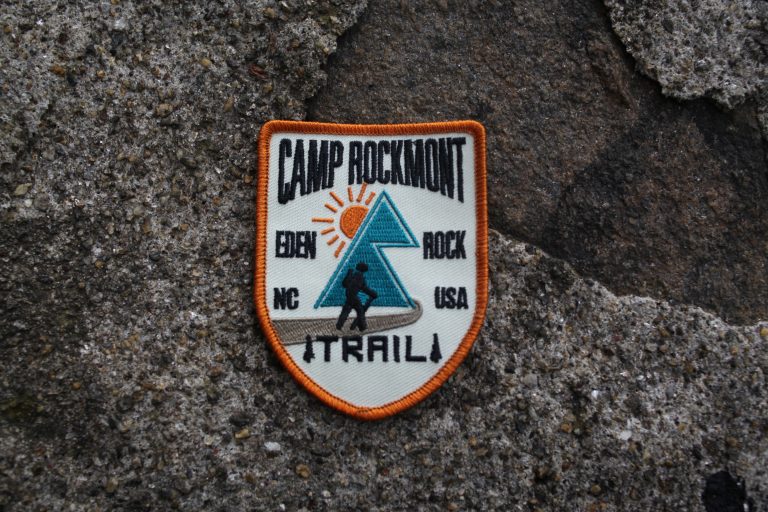